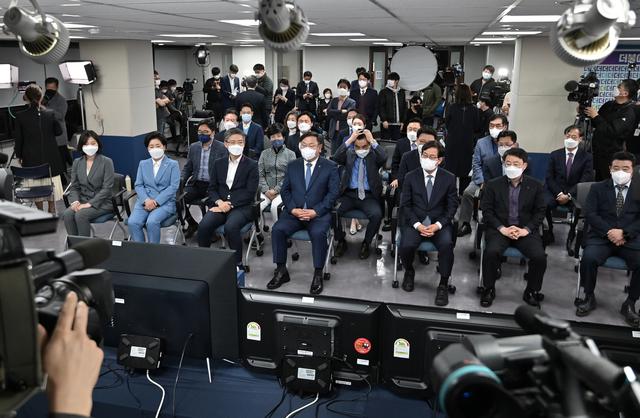 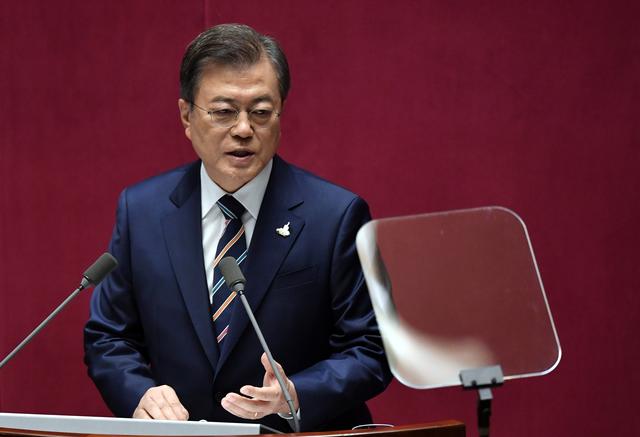 Millions of South Koreans went to the polls on Wednesday to elect chiefs of the country's two largest cities, the capital Seoul and port city of Busan, among 21 local offices up for grabs.

The election was widely seen a key barometer for potential political shifts for Moon's progressive party with less than one year before the March 9 presidential election.

"The election was a referendum on the Moon administration's economic policy failures, corruption scandals and the property speculation cases," said Kim Hyung-joon, a political science professor at Myongji University in Seoul.

Moon took office in 2017, promising to create jobs and a level playing field for all Koreans where hardworking people can afford a home and raise a family.

But the median home prices have surged more than 50% in Seoul since 2017, the fastest pace in the world and under any elected Korean leader, despite some 25 rounds of cooling measures, according to statistics site Numbeo.

Anger at runaway home prices and an ongoing investigation into accusations of insider land trading, involving employees at a state housing developer, politicians and other officials, has wiped out earlier rises in Moon's popularity from the government's handling of the coronavirus pandemic.

"The ruling party's defeat could make him a dead-duck president, stripping him of any remaining policy momentum, much of which he had already lost," Kim said.

Moon said on Thursday he "took people's punishment seriously," vowing efforts to improve the economy and resolve the real estate corruption scandal, according to his spokesman.

Exit polls had predicted Oh's landslide victory. Vote counts showed that Oh won all 25 districts of the city, fetching three times as many as Park got in the affluent town of Gangnam.

With his win, Oh returns to a post that he held from 2006-11, allowing the conservatives to retake control of the government of the capital, home to nearly 20% of the country's 52 million population, for the first time in a decade.

Oh pledged utmost efforts to rebuild Seoul and lay the groundwork for a government change through next year's presidential election.

"I will prove that we're competent, different and good at work," he told a party video conference after taking office on Thursday.

Voter turnout was 58.2% in Seoul and 52.7% in Busan from some 8.4 million and 2.9 million eligible to cast ballots, respectively, exceeding 50% in a snap election for local offices for the first time, according to the commission.

Judge under U.S. sanctions set to take over Iran presidency