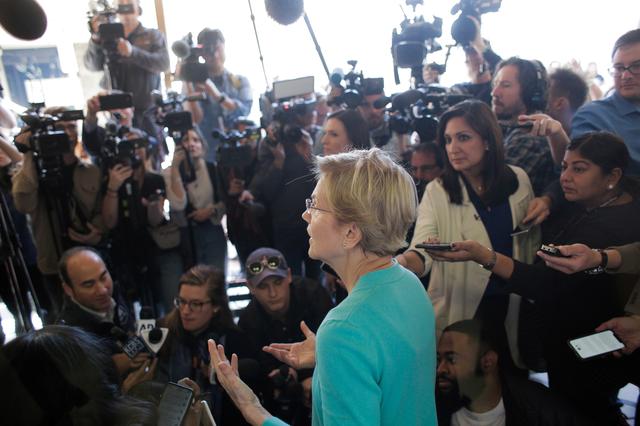 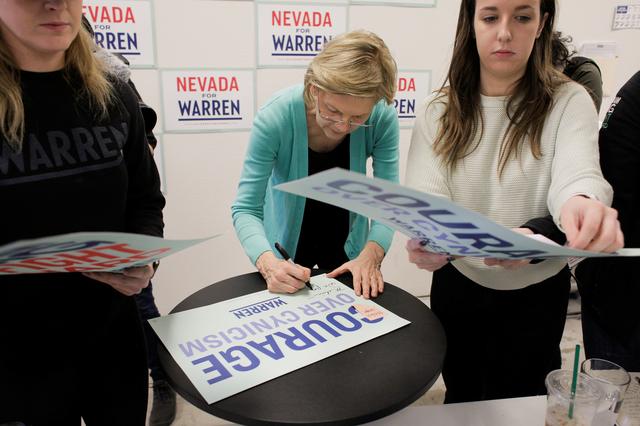 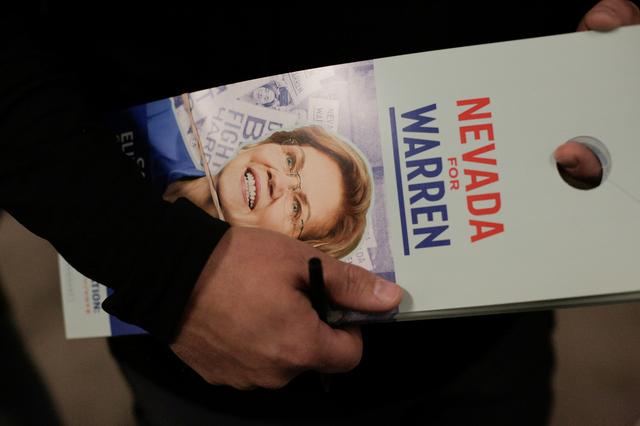 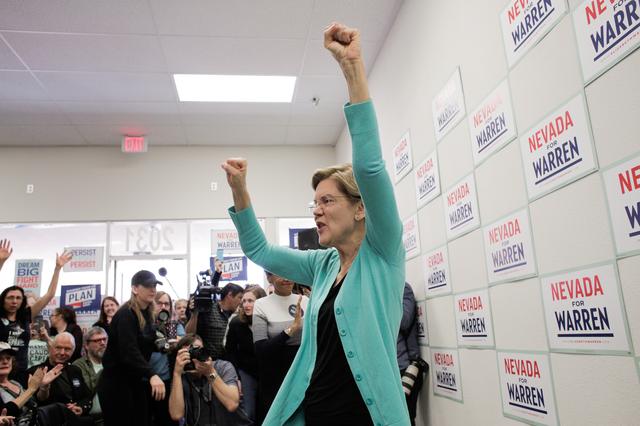 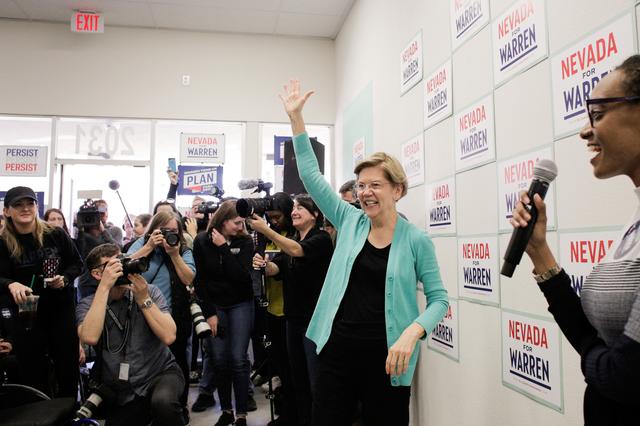 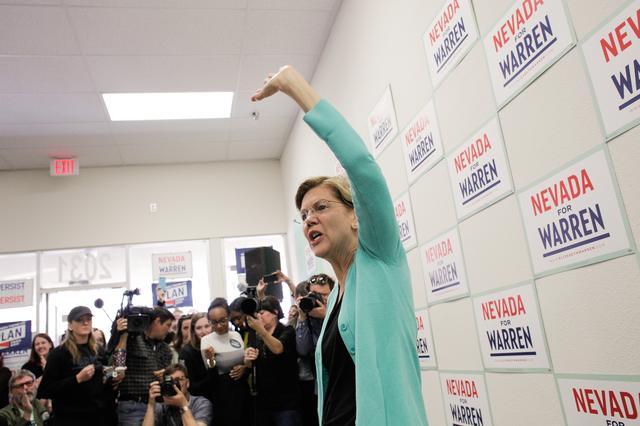 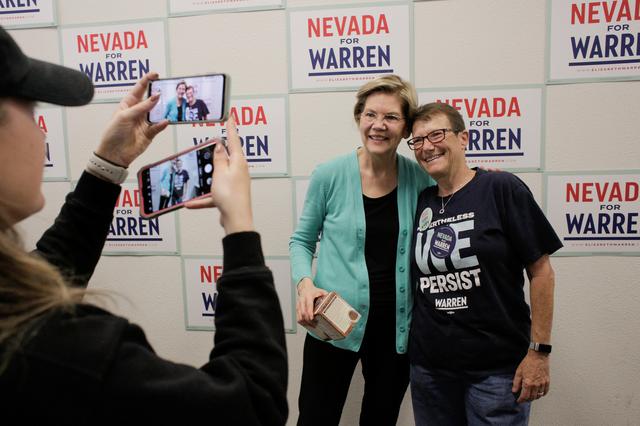 LAS VEGAS Democratic presidential hopeful Elizabeth Warren on Thursday declined to disavow a new super PAC that has earmarked $1 million to back her candidacy, an apparent reversal from her vigorous opposition to the outside spending groups that have become central to American politics.

The about-face came at a critical juncture as Warren tries to reenergize her campaign in the fight for the Democratic nomination to take on Republican President Donald Trump in November.

The new super PAC, Persist, has already begun spending in Nevada, where according to media reports they are pouring $1 million into a 30-second advertisement praising Warren.

When asked on Thursday by a reporter whether she wanted the group to stand down, Warren responded she had repeatedly called on other candidates to reject outside money without success.

"If all the candidates want to get rid of super PACs, count me in," she said. "It can't be the case that a bunch of people keep them and only one or two don't."

Warren's campaign website on Thursday still included language saying she would "disavow any super PAC formed to support her in the Democratic primary."

Warren, who finished a disappointing third and fourth in Iowa and New Hampshire, respectively, is seeking a comeback in Nevada's caucuses on Saturday.

The Massachusetts senator delivered a widely praised performance in Wednesday's debate in Las Vegas, in which she accused rival Michael Bloomberg of trying to "buy" his way to the White House. Graphic: Calendar of each state’s Democratic nominating contest and its allocated delegates - here

Super PACs can raise and spend unlimited sums of money advocating for specific candidates as long as they do not coordinate with candidates' campaigns.

Warren has centered her campaign on combating the corrupting influence of money in politics, refusing to hold high-dollar fundraisers while criticizing several of her fellow Democrats for "sucking up" to billionaires.

In a debate on Feb. 7, Warren said she and Senator Amy Klobuchar were the only candidates who were not either billionaires themselves or receiving support from outside groups. Graphic: Where the candidates stand on key issues - here

Since then, both Persist and another super PAC supporting Klobuchar have formed and started airing ads on their behalf.

Sanders, who like Warren has sworn off big-dollar fundraisers, said on Twitter on Thursday: "You can't change a corrupt system by taking its money. I am proud to be the only non-billionaire in this race without a super PAC spending millions of dollars to support me."

Sanders has himself faced his criticism for getting help from "dark money" groups that can raise and spend unlimited sums of money but are prohibited from directly advocating that voters support or oppose a candidate.

The advertisement aired by Persist, which filed paperwork with the Federal Election Commission on Tuesday, touts Warren's fight for Nevada's middle class.