One month after fall of Kabul, economic crisis stalks Taliban

A month after seizing Kabul, the Taliban face daunting problems as they seek to convert their lightning military victory into a durable peacetime government.

After four decades of war and the deaths of tens of thousands of people, security has largely improved, but Afghanistan's economy is in ruins despite hundreds of billions of dollars in development spending over the past 20 years.

Drought and famine are driving thousands here from the country to the cities, and the World Food Programme fears food could run out by the end of the month, pushing up to 14 million people to the brink of starvation.

While much attention in the West has focused on whether the new Taliban government will keep its promises to protect women's rights or offer shelter to militant groups like al Qaeda, for many Afghans the main priority is simple survival.

"Every Afghan, kids, they are hungry, they don't have a single bag of flour or cooking oil," said Kabul resident Abdullah.

Long lines still form outside banks, where weekly withdrawal limits of $200 or 20,000 afghani have been imposed to protect the country's dwindling reserves.

Impromptu markets where people sell household goods for cash have sprung up across Kabul, although buyers are in short supply.

Even with billions of dollars in foreign aid, Afghanistan's economy had been struggling, with growth failing to keep pace with the steady increase in population. Jobs are scarce and many government workers have been unpaid since at least July.

While most people appear to have welcomed the end of fighting, any relief has been tempered by the near-shutdown of the economy.

"Security is quite good at the moment but we aren't earning anything," said a butcher from the Bibi Mahro area of Kabul, who declined to give his name. "Every day, things get worse for us, more bitter. It's a really bad situation."

Following the chaotic foreign evacuation of Kabul last month, the first aid flights have started to arrive as the airport reopens.

International donors have pledged over $1 billihere to prevent what United Nations Secretary-General Antonio Guterres warned could be "the collapse of an entire country."

But world reaction to the government of Taliban veterans and hardliners announced last week has been cool here and there has been no sign of international recognition or moves to unblock more than $9 billion in foreign reserves held outside Afghanistan.

Although Taliban officials have said they do not intend a repeat of the harsh fundamentalist rule of the previous government, toppled by a U.S.-led campaign following the Sept. 11, 2001 attacks, they have struggled to convince the outside world that they have really changed.

Widespread reports of civilians being killed here and journalists and others being beaten, and doubts about whether the rights of women really will be respected under the Taliban's interpretation of Islamic law, have undermined confidence.

In addition, there has been deep mistrust of senior government figures like the new interior minister Sirajuddin Haqqani, designated by the United States as a global terrorist with a $10 million bounty on his head.

To make matters worse for the Taliban, the movement has had to fight speculation over deep internal splits in its own ranks, denying rumours here that Deputy Prime Minister Abdul Ghani Baradar had been killed in a shootout with Haqqani supporters.

Officials say the government is working to get services up and running again and that the streets are now safe, but as the war recedes, resolving the economic crisis is looming as a bigger problem.

"Thefts have disappeared. But bread has also disappeared," said one shopkeeper. 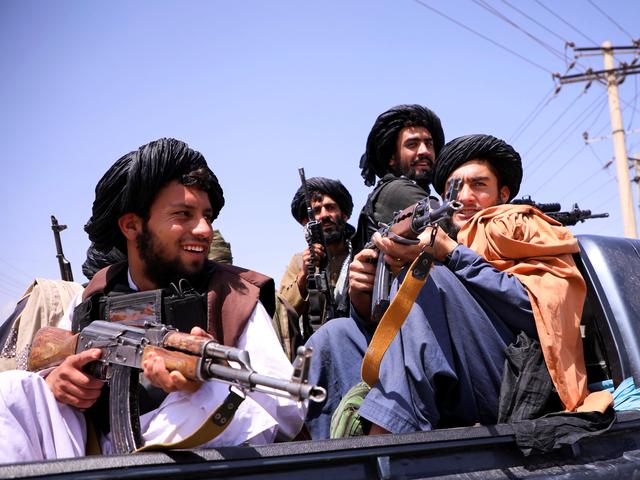 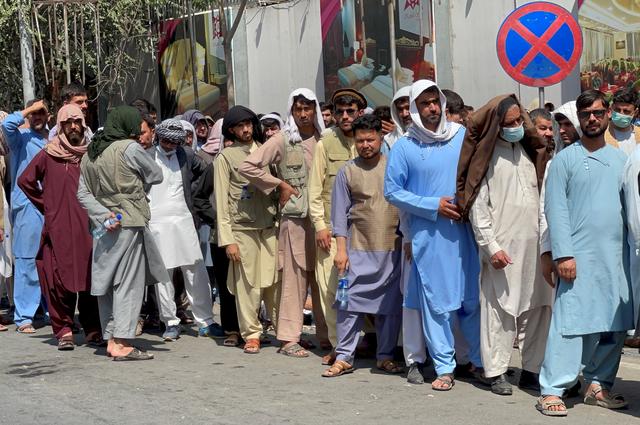 2/5
FILE PHOTO: Afghans line up outside a bank to take out their money after Taliban takeover in Kabul, Afghanistan September 1, 2021.
Reuters/Stringer/File Photo + 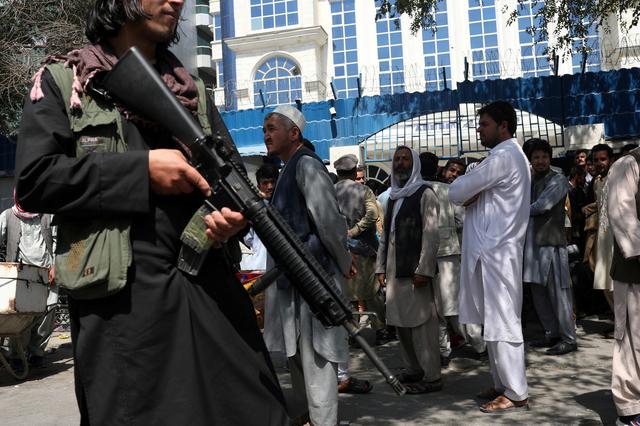 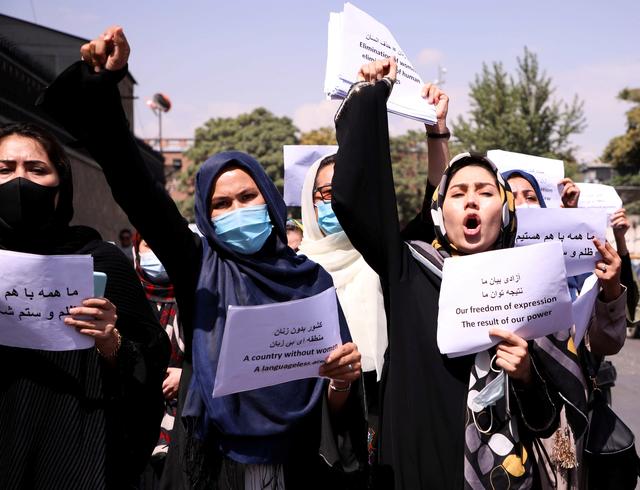 4/5
FILE PHOTO: Afghan women's rights defenders and civil activists protest to call on the Taliban for the preservation of their achievements and education, in front of the presidential palace in Kabul, Afghanistan September 3, 2021.
Reuters/Stringer/File Photo + 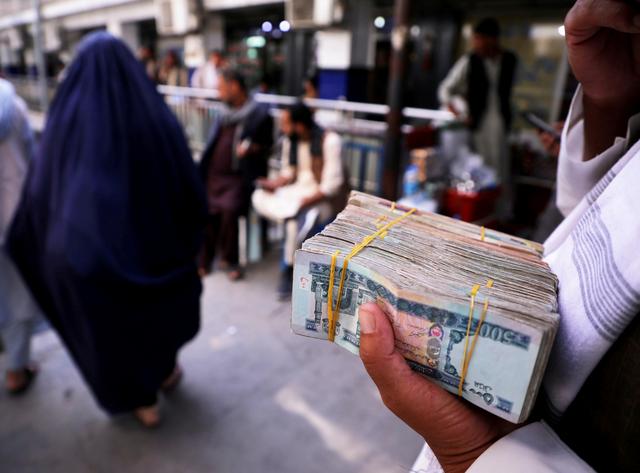 5/5
FILE PHOTO: A person holds a bundle of Afghan afghani banknotes at a money exchange market, following banks and markets reopening after the Taliban took over in Kabul, Afghanistan, September 4, 2021.
Reuters/Stringer/File Photo +
Our standards: The Thomson Reuters Trust Principles.