SACRAMENTO, Calif. (Reuters) -California Democratic Governor Gavin Newsom handily beat back an effort to oust him from office in Tuesday's special election, overcoming a Republican campaign to unseat him over his liberal policies on immigration, COVID-19 and crime.

Newsom, a first-term governor beset by challenges including the COVID-19 pandemic, extreme drought and severe wildfires, boosted turnout among Democrats with a flurry of late campaigning and easily overcame the move by Republicans to recall him.

By late Tuesday, returns showed Newsom easily winning a majority of support from voters who said he should remain in office. With 46% of precincts reporting, Newsom was up by more than 30 points, with 67% support compared to 33% who wanted to recall him, state data showed.

"I'm humbled and grateful to the millions and millions of Californians that exercised their fundamental right to vote," Newsom said in a victory speech Tuesday night in the state capital of Sacramento.

"Economic justice, social justice, racial justice, environmental justice, our values where California has made so much progress, all of those things were on the ballot this evening," Newsom said.

Key to Newsom's success was an all-out campaign to mobilize a Democratic base that had initially been sleepy, assuming that the governor would win because the state is so overwhelmingly Democratic.

He made the campaign a referendum on former Republican U.S. President Donald Trump, linking Trump with his main challenger in the recall election, Larry Elder, a Republican talk show host who had made controversial statements about minorities and women.

In the final days of the race, Newsom appeared alongside President Joe Biden and Vice President Kamala Harris, who formerly represented California as a U.S. senator and attorney general.

Malia Cohen, an elected member of the California Board of Equalization who spent the last several days campaigning to raise turnout among African American voters, said the effort was key to the campaign's success.

"You can feel the energy," Cohen said Tuesday. "I see 'No on recall' on bumper stickers and buttons people are wearing. I didn't see that until Friday."

With 34.3% of precincts reporting, Elder had garnered about 43% of the vote on the portion of the ballot asking who should replace Newsom if he were recalled, state data showed.

Elder has vowed to remove requirements for COVID-19 vaccines and mask wearing. In the days leading up to the recall vote, he and Trump pushed the narrative that Democrats planned to steal the election.

The removal of Newsom, who was elected in a landslide in 2018, would have set off alarms among Democrats, coming in one of the nation's most liberal states just over a year before the 2022 elections that will decide control of Congress.

Democrats outnumber Republicans 2-to-1 in the state, and polls consistently showed that a strong majority of voters opposed recalling Newsom.

But Democrats worried that complacency among their voters could have tilted the election toward Republicans. Newsom's immigration and crime policies - along with the governor's handling of the pandemic - fueled the petition drive by conservatives to put the recall question on the ballot.

In early voting and vote by mail, Democrats returned ballots at more than twice the rate of Republicans. This prompted fear among Republican leaders that their voters had taken to heart false claims of election fraud pushed by Trump and conservative media after Biden won the 2020 presidential election.

Tying the recall effort to Trump and efforts in Texas, Georgia and other states to tighten abortion restrictions and impose new laws that Democrats believe curtail voting rights helped Democrats turn out their voters.

"We could see changes like what's happening in Texas," said Katie Van Note, 27, a dance instructor who voted in Oceanside, just north of Carlsbad, and described her politics as left-leaning.

The Secretary of State has until Oct. 22 to certify the results. 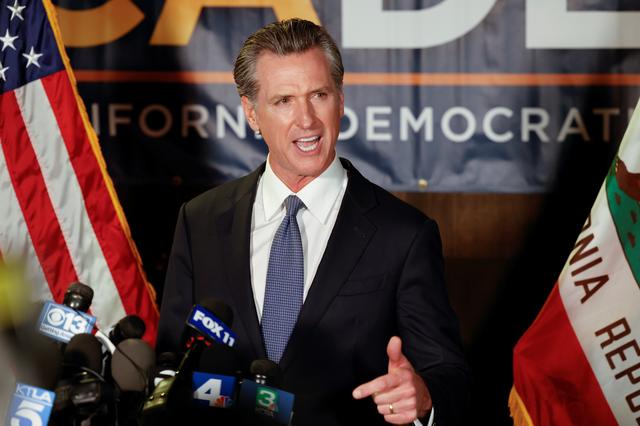 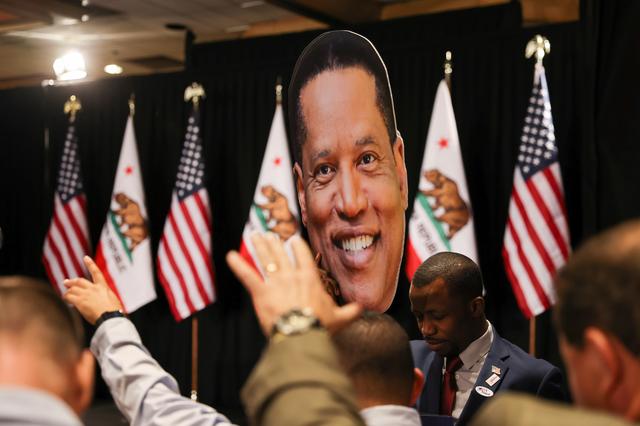 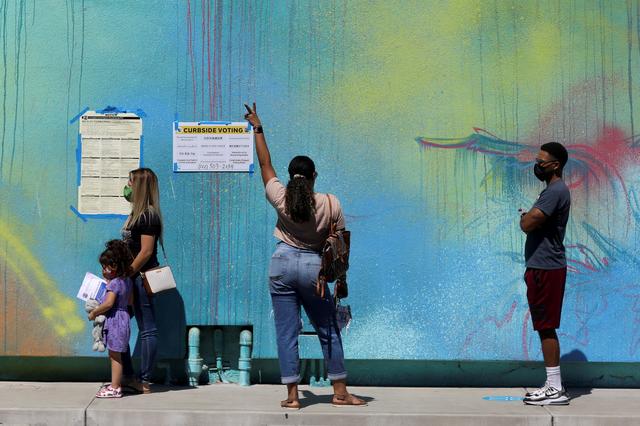 3/5
A woman gestures as people wait to vote in the California gubernatorial recall election outside the Museum of Latin American Art (MOLAA) in Long Beach, California, U.S., September 14, 2021.
Reuters/David Swanson + 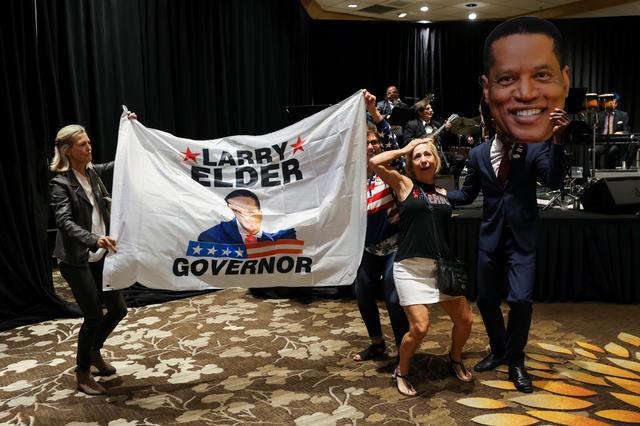 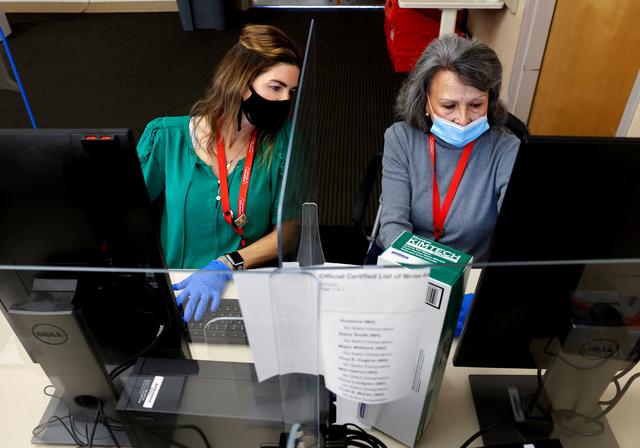 5/5
Aimee Mac Ilory and Donna Young adjudicate a ballot that was rejected by a scanner at the Sacramento Registrar of Voters as California goes to the polls in a gubernatorial recall election allowing the voting public to remove current governor Gavin Newsom and replace him with one of 46 candidates, in Sacramento, California, U.S., September 14, 2021.
Reuters/Fred Greaves +
Our standards: The Thomson Reuters Trust Principles.