USWNT's mediation with USSF breaks down 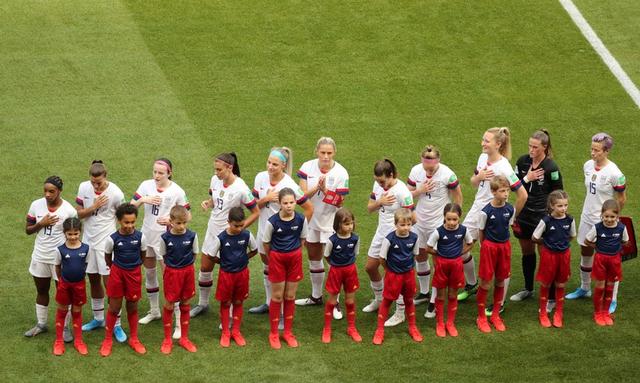 The players of the world champion U.S. women's national soccer team are ready to take their pay dispute to court after mediation with the U.S. Soccer Federation broke down Wednesday.

Maintaining that they are paid less than their counterparts on the U.S. men's national team, the USWNT players will proceed with the lawsuit they filed before successfully defending their Women's World Cup title in France this summer.

The players' spokesperson, Molly Levinson, said in the statement, "We entered this week's mediation with representatives of USSF full of hope. Today we must conclude these meetings sorely disappointed in the Federation's determination to perpetuate fundamentally discriminatory workplace conditions and behavior.

"It is clear that USSF, including its Board of Directors and President Carlos Cordeiro, fully intend to continue to compensate women players less than men. They will not succeed. We want all of our fans, sponsors, peers around the world, and women everywhere to know we are undaunted and will eagerly look forward to a jury trial."

The USSF issued its own statement: "We have said numerous times that our goal is to find a resolution, and during mediation we had hoped we would be able to address the issues in a respectful manner and reach an agreement. Unfortunately, instead of allowing mediation to proceed in a considerate manner, plaintiffs' counsel took an aggressive and ultimately unproductive approach that follows months of presenting misleading information to the public in an effort to perpetuate confusion.

"We always know there is more we can do. We value our players and have continually shown that, by providing them with compensation and support that exceeds any other women's team in the world. Despite inflammatory statements from their spokesperson, which are intended to paint our actions inaccurately and unfairly, we are undaunted in our efforts to continue discussions in good faith."

Last month, the USSF publicly announced it paid more to the women's players than to the men's players from 2010-18. However, the USWNT dismissed the figures as being inaccurate, and the U.S. men's national team players issued a statement also disputing the federation's numbers.

In that time period, the USWNT won two major championship -- the 2012 Olympics and the 2015 Women's World Cup. The USMNT, meanwhile, failed to qualify for the 2018 World Cup.