Trump to object to release of tax returns - lawyer 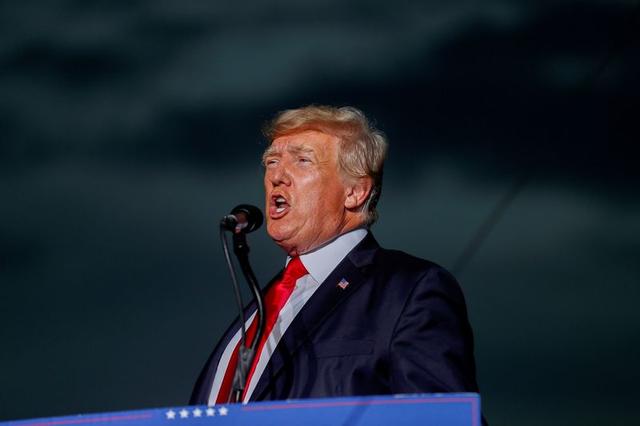 FILE PHOTO: Former President Donald Trump speaks to his supporters during the Save America Rally at the Sarasota Fairgrounds in Sarasota, Florida, U.S. July 3, 2021.
Reuters/Octavio Jones
By Jan Wolfe

Former U.S. President Donald Trump will challenge a recent U.S. Justice Department order that his tax returns should be turned over to a House of Representatives committee, one of his personal lawyers signaled on Monday.

"There is no evidence of any wrongdoing here and I object to the release of the returns not only on behalf of my client but on behalf of all future holders of the Office of the President of the United States," said Trump lawyer Ronald Fischetti in a statement.

"This politicization and harassment of Mr. Trump is uncalled for and outrageous," Fischetti said, adding that he had "never seen anything like this" in his career as a lawyer.

The Justice Department on Friday ordered the Internal Revenue Service to hand over Trump's tax returns to a House committee, saying the panel has offered "sufficient reasons" for requesting the material.

House Democrats have said they need Trump's tax returns to see if the IRS is properly auditing presidential tax returns in general and to assess whether new legislation is needed.

The order marked a reversal for the Justice Department. In 2019, when Trump was still in office, the department's Office of Legal Counsel declared that the request for his taxes by the Democratic-led House Ways and Means Committee was based on a "disingenuous" objective aimed at exposing them to the public.

Unlike other recent presidents, Trump did not publicly disclose his tax returns.

In 2019, the House Ways and Means Committee filed a lawsuit in hopes of forcing the Trump administration to comply with its request for the tax returns.

That lawsuit, which is still pending, provides a vehicle for Trump to argue that the Justice Department's order from last week is unlawful.

U.S. District Court Judge Trevor McFadden, who is hearing the case, has given Trump and his lawyers a Wednesday deadline for explaining their view of how the case should proceed.