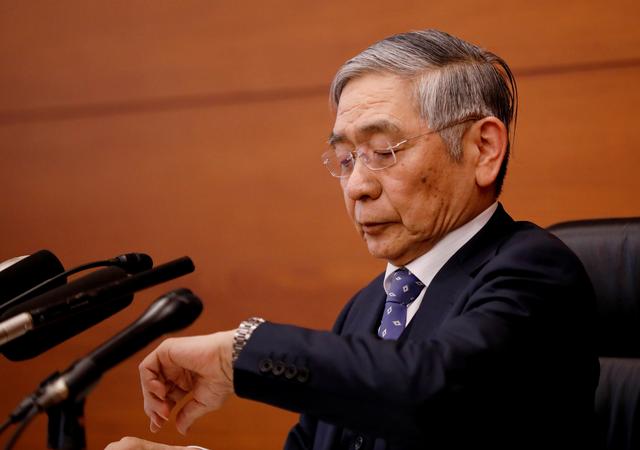 TOKYO Bank of Japan Governor Haruhiko Kuroda said on Sunday there was no need to change the central bank's inflation target or forward guidance, even though the United States and Europe are reviewing their policy frameworks to seek better ways to prop up growth.

By committing to increase the monetary base until inflation stably overshoots its 2% target, the BOJ already has a framework "quite similar" to the U.S. Federal Reserve's average inflation target, Kuroda said.

"We have no intention to change our inflation targeting policy and forward guidance," Kuroda said in an online International Banking Seminar of the Group of 30.

The U.S. Federal Reserve in August rolled out a major rewrite of its policy by pledging to let the job market run hotter in the future and inflation rise above target after a period of misses.

The European Central Bank is also embarking on a policy review, with some of its policymakers warming to the idea of introducing changes similar to those of the Fed.

Kuroda maintained his fairly upbeat view on Japan's economy, saying it was likely to follow an improving trend though risks were skewed to the downside due to uncertainty regarding the fallout from COVID-19.

Kuroda also said challenges posed by COVID-19 offered an opportunity for Japan's economy to boost productivity, such as by promoting digitalisation in public and private sectors.

New Prime Minister Yoshihide Suga's growth strategy, which includes deregulation and policies to promote digitalisation, will play an important roles on this front, he added.

"The lessons learnt from the current crisis will contribute to strengthening (Japan's) growth potential" and help to enhance the effect of monetary easing, Kuroda said.