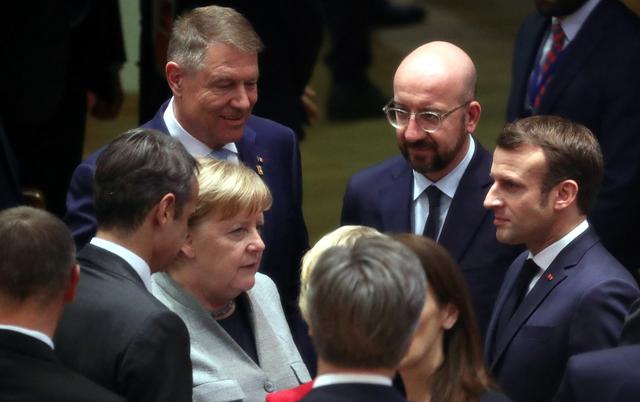 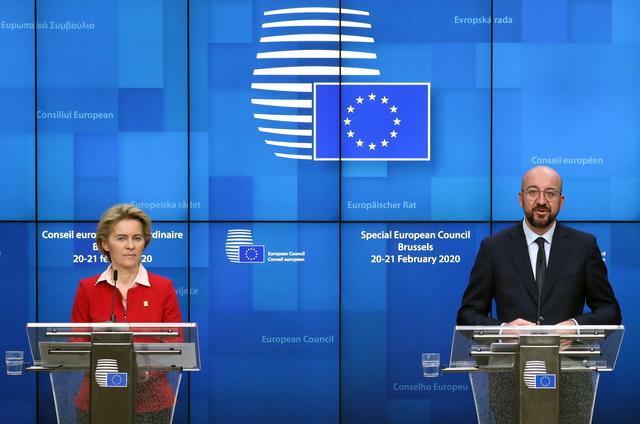 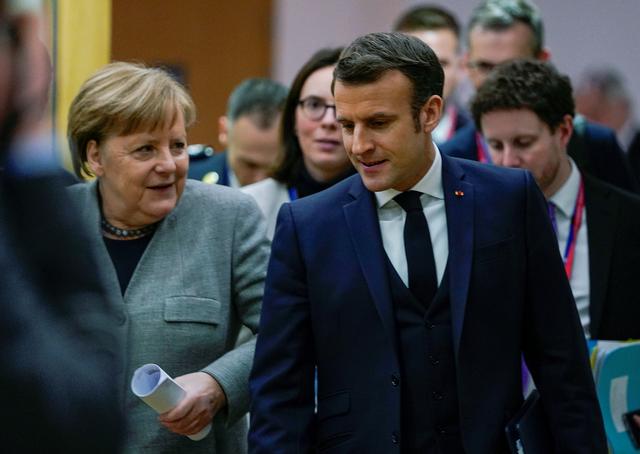 3/19
Germany's Chancellor Angela Merkel and France's President Emmanuel Macron speak as they walk after a bilateral meeting on the second day of the European Union leaders summit, held to discuss the EU's long-term budget for 2021-2027, in Brussels, Belgium, February 21, 2020. Kenzo Tribouillard/Pool via
Reuters + 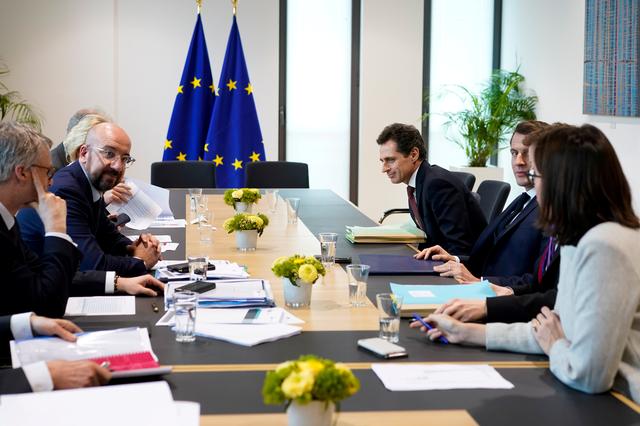 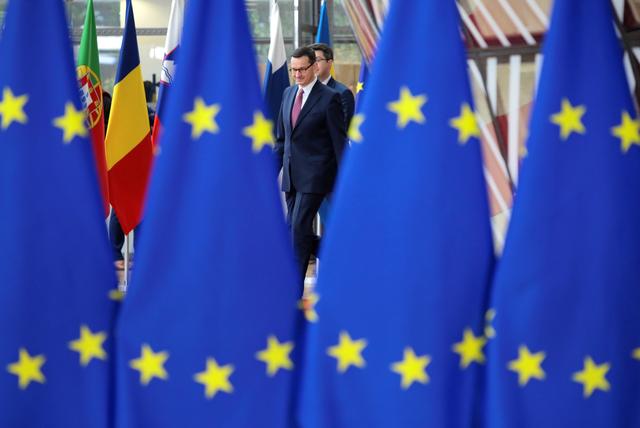 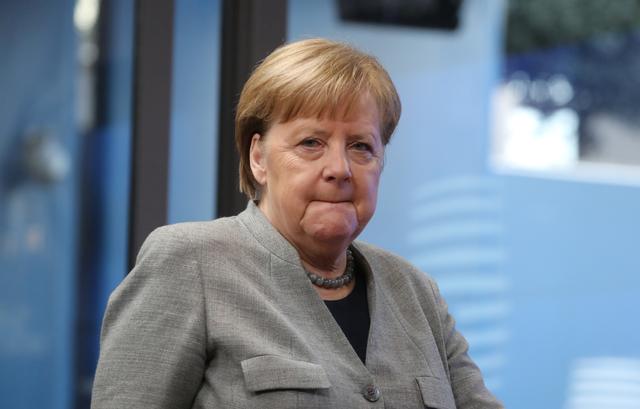 6/19
Germany's Chancellor Angela Merkel arrives for the second day of a special European Council summit in Brussels, Belgium February 21, 2020, held to discuss the next long-term budget of the European Union. Ludovic Marin/Pool via
Reuters + 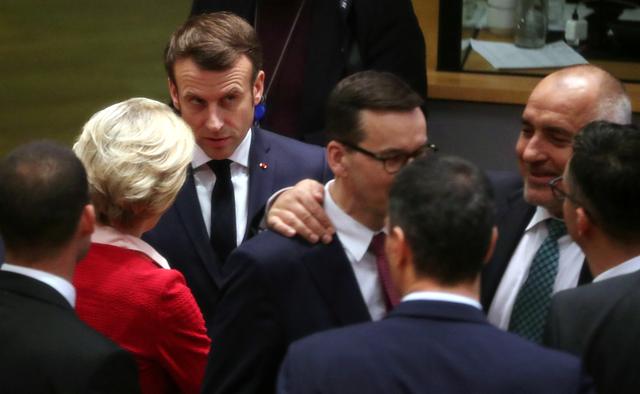 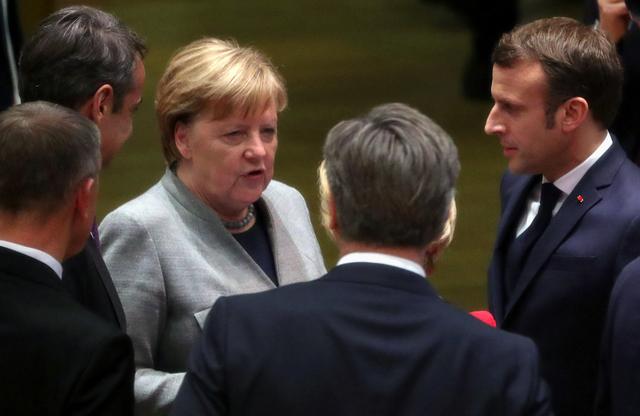 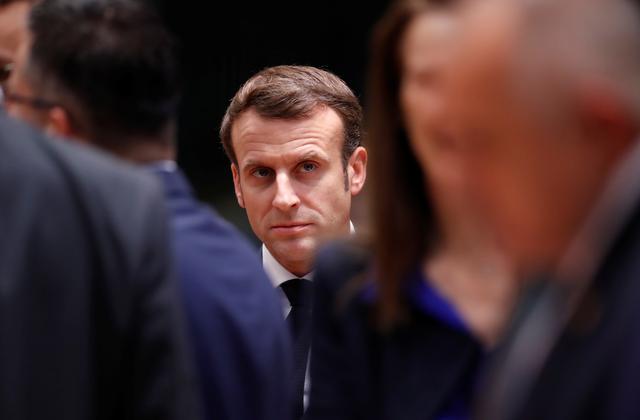 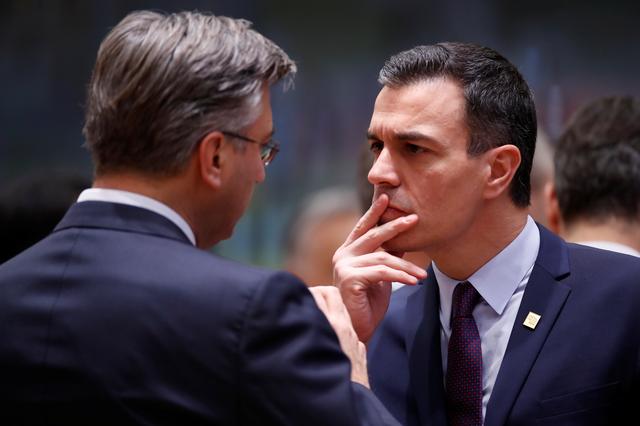 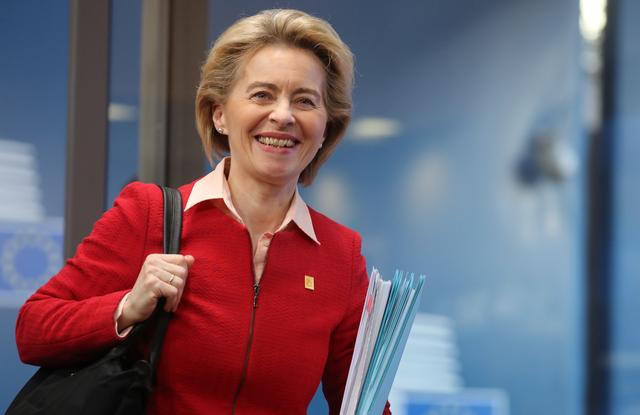 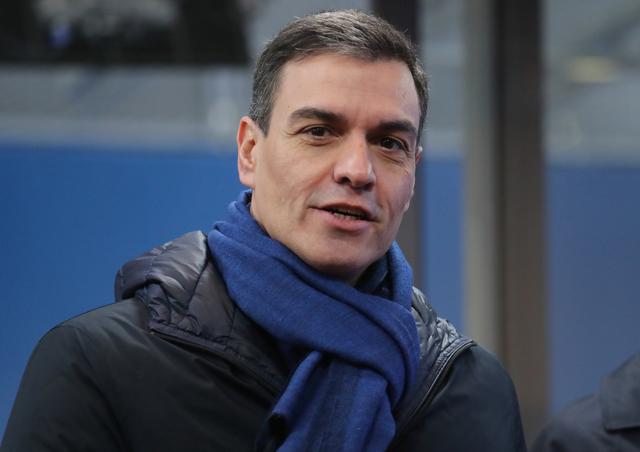 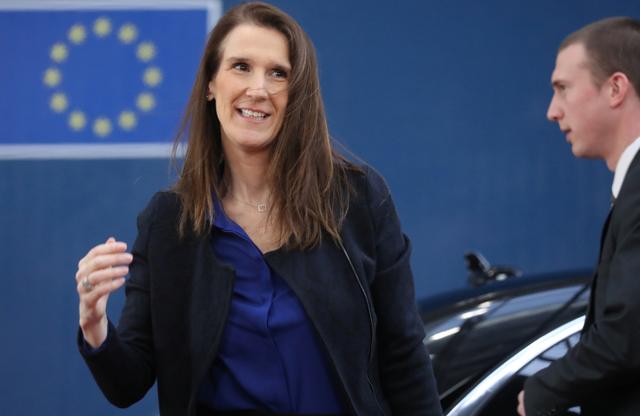 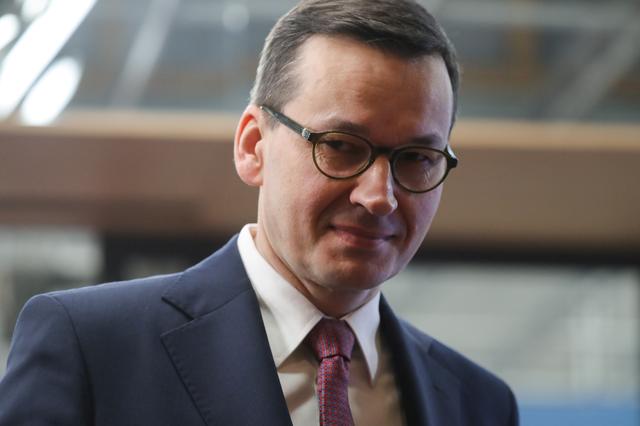 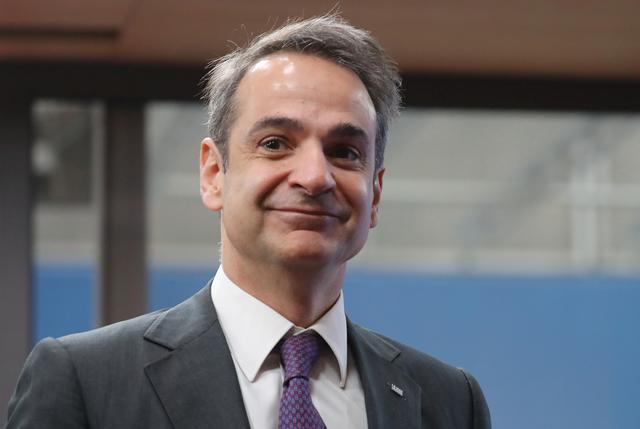 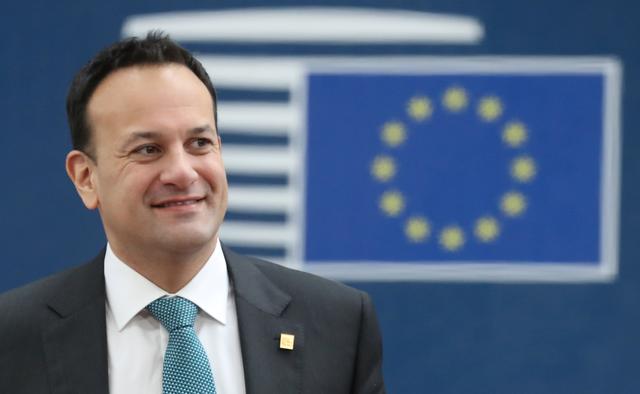 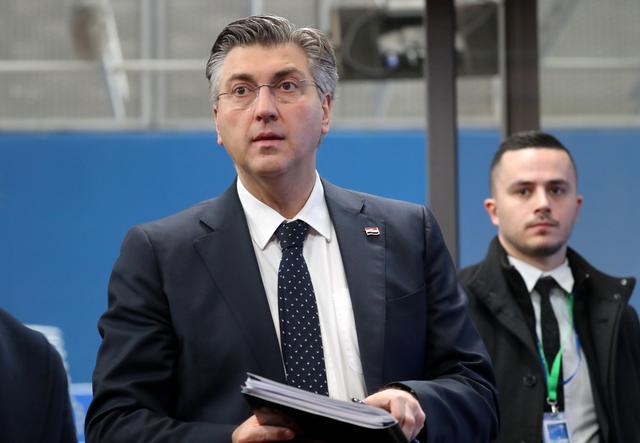 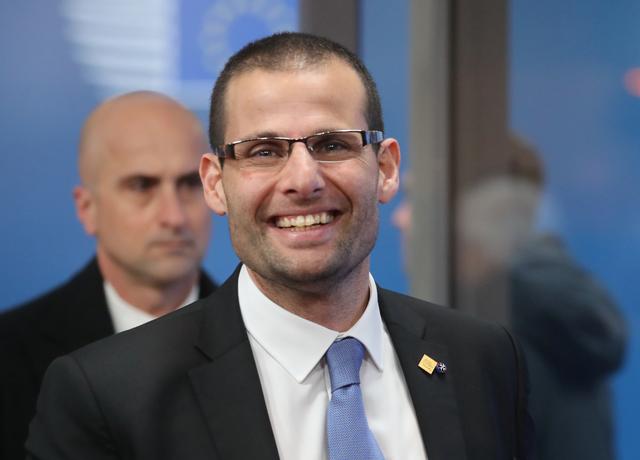 BRUSSELS European Union leaders fell out on Friday over their next long-term budget after fraught talks over a gaping Brexit hole in their joint coffers, with poorer countries demanding more aid and their "frugal" peers determined to rein in spending.

Brexit has left the EU short of some 75 billion euros and the 27 remaining EU countries failed to agree on the overall size of the bloc's 2021-27 budget or how to spend it.

"We have to acknowledge that the differences are too big still to find agreement," German Chancellor Angela Merkel told reporters after two days of talks in the EU's hub, Brussels.

Setting the budget has always been a tug of war, but was fiercer than ever this time because Britain's exit from the bloc last month came amid costly new challenges, from climate change to managing migration and a growing digital economy.

The standoff has exposed rifts between countries in the north and south, between east and west, and between more developed and less advanced economies.

Net payers dubbed the "Frugal Four" - Austria, Denmark, Sweden and the Netherlands - dug in their heels, demanding that the budget is capped at 1% of the bloc's economic output.

Beneficiaries of the generous handouts opposed deep cuts in development aid and farming subsidies compared to those they get under the current 2014-20 plan.

"Nobody was really pleased," said Prime Minister Andrej Plenkovic of Croatia, one of the countries seeking more aid.

The feud also underlined the fact that, following the turmoil of Brexit that brought them together, the bloc still has many issues that divide it.

"These divisions are there. We don't need Britain for that. They were playing out during the financial crisis a decade ago, during the migration crisis, we're now seeing them on budget issues," French President Emmanuel Macron said.

After nearly 30 hours of complex negotiations, the leaders were no closer to a deal than when they first convened on Thursday with a proposal to set the budget at 1.074% of the continent's gross national income, or some 1.09 trillion euros ($1.2 trillion).

A new blueprint of 1.069% equally failed to impress and was dubbed by one EU official as "a Frankenstein proposal".

The "frugal four" stood firmly against a scheme that would allocate one-third for development aid to help poorer regions grow and another third on support for farmers, a key priority for Paris.

Germany, the EU's powerhouse and biggest net contributor, was upset about taking the brunt of the Brexit shortfall and coming out worse off than France.

There will have to be a further summit - or summits - to get a deal over the line but no date was set for now. Without an agreement by the end of the year, the bloc will have to freeze much of its projects from 2021.

"In the past it has always taken two or three meetings to reach a result," Austrian Chancellor Sebastian Kurtz said.