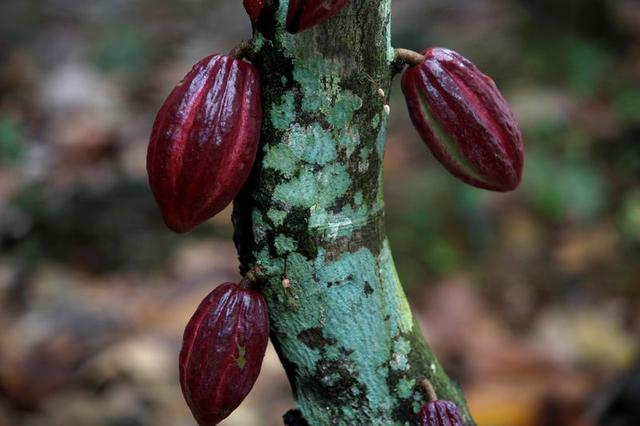 LONDON (Reuters Breakingviews) - Ethical investing has become the battlefield in a dispute between Hershey and cocoa-producing countries. Ghana and Ivory Coast have accused the Reese’s maker of dodging payments designed to alleviate farmer poverty and have shut off access to cocoa certified as sustainable from their countries. The move may make it harder for the $31 billion group to flaunt its environmental, social and governance credentials.

Ahead of elections, both countries this year introduced a $400 a tonne premium on cocoa to support local farmers. Yet Accra and Yamoussoukro now say that Hershey tried to avoid paying this by sourcing a large batch of the raw material through futures on the ICE Futures U.S. exchange, which might have been backed by last year’s crop. That may have been advantageous given the collapse in cocoa prices after a bumper harvest and a pandemic hit to demand.

If dodging the surcharge was part of Hershey’s plan, the strategy would have had a short shelf life. In future years, any counterparty sourcing cocoa from the countries would pay the fee, passing on the cost. Still, both countries have retaliated by closing down Hershey’s sustainability schemes, which invest in local farms, ensure minimum labour standards and certify its chocolate as sustainable.

It could be a problem. Hershey boasts that its chocolate is 100% sustainable, verified by independent auditors who follow international labour and environmental standards. That puts it ahead of rivals Mondelez and Mars, who have set the same target for 2025. Losing the ethical badge could make it harder to charge premium prices and would spook investors, who claim to value companies’ social credentials.

To maintain that advantage, Hershey must either patch things up with the two countries in time for next year’s crop – presumably by paying any missed surcharge – or find new, sustainable suppliers elsewhere. The latter may be hard to do immediately, given that Ghana and Ivory Coast represent around two-thirds of the global market.

While the two exporters have a strong hand, their attempt to weaponise ethical investing could backfire. For one, the real losers are local farmers, who risk missing out on sustainability schemes. And investors, so far, haven’t blinked. Hershey’s shares have actually risen since the news. If investors don’t put a premium on sustainable businesses, companies may lose the incentive to play fair.