Breakingviews - SoftBank gives only an inch to clear Sprint static 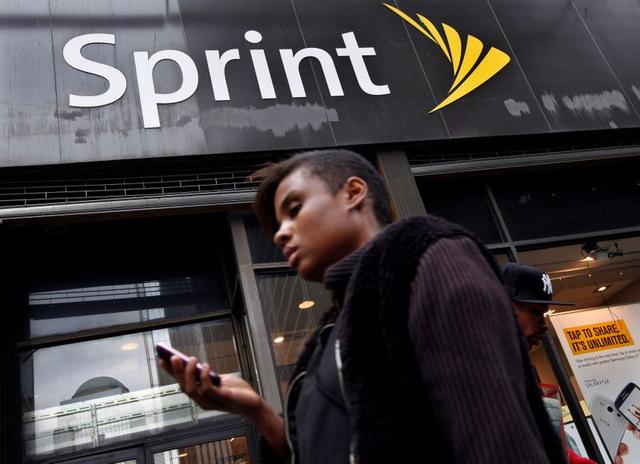 NEW YORK (Reuters Breakingviews) - T-Mobile US and Sprint seem to have managed to end their dance with each other, and with regulators, without a fall. Masayoshi Son’s SoftBank Group, which controls Sprint, is taking a modest hit to clinch the $120 billion merger with rival cellphone outfit T-Mobile US. The latter could have pushed harder, but that might have put the long-awaited deal at risk.

The two companies blew past their agreement's expiry date in November because, even after navigating federal antitrust authorities, various U.S. state regulators unsuccessfully sued to block the deal. That meant they had to renegotiate - and Sprint's financial performance has deteriorated since the deal was struck almost two years ago.

The rehash recognizes that, effectively reducing the share of the enlarged company – valued at around $120 billion at the close on Thursday – that will go to Sprint shareholders. But it is Son’s firm, which owns 84% of Sprint, that is taking the entire haircut leaving independent investors with the same deal they started with. It's a hit worth about $5 billion at Thursday's share prices.

Breakingviews has calculated that T-Mobile and Deutsche Telekom, its controlling owner, could have valued Sprint considerably lower than the $37 billion implied by the new terms. But that might have jeopardized the whole deal. Sprint would have had to bring any new terms for minority shareholders to a fresh vote, potentially gumming up the process even further. And SoftBank's negotiating room was probably limited by its carrying value for the stake in Sprint.

SoftBank has even worked out a clawback. T-Mobile will hand back to the Japanese firm the shares it is giving up if the stock price hits $150 by 2025 - around 50% above where it closed on Thursday.

The end result is T-Mobile finally gets the merger that unites America's No. 3 and No. 4 cell carriers, while SoftBank is only really giving an inch. They've finally made the connection.