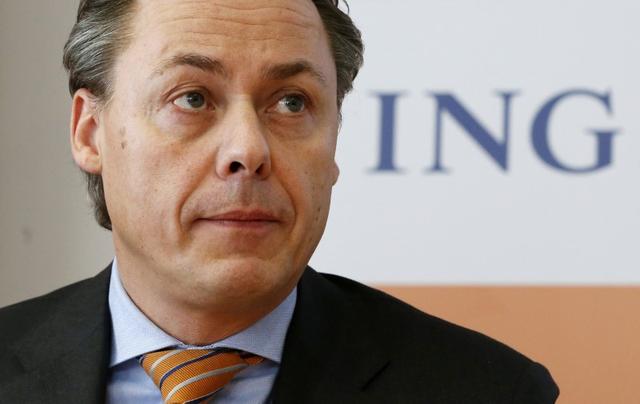 LONDON (Reuters Breakingviews) - Two of UBS’ potential internal candidates to succeed Chief Executive Sergio Ermotti were bidding for the same prize on Tuesday evening. It was part of a friendly effort by Tom Naratil and Iqbal Khan, who co-lead UBS’ big wealth management business, to raise money at a charity auction in London. But the CEO job, if not the whisky-tasting trip on the block, went to someone else: Ralph Hamers, who will leave ING in a few months.

The 54-year-old Dutch boss of the Amsterdam-based bank has some, but not all, of the key qualifications for the role. The ideal UBS CEO would not only have experience running a complex lender, they would have intimate knowledge of wealth management and investment banking. Hamers, unlike Khan or Naratil, ticks the first box: ING shareholders have seen a benchmark-beating 6.5% annualised return including dividends since his start date.

But the key to UBS’ $50 billion market value lies in its wealth management arm, which accounted for 57% of adjusted operating profit last year. Investment banking brought in another 18%. That helps explain how chronically difficult the UBS succession question had become. High-calibre CEOs with retail, investment and private-banking chops are a rarity.

Moreover, American bosses are out of the question since their compensation expectations would be out of reach for UBS. Ermotti was paid about $14 million in 2018; Morgan Stanley’s James Gorman got almost twice as much. Hamers, by contrast, should prove affordable given tight Dutch restrictions on pay which limit bonuses to 20% of base: In 2018 he received 1.75 million euros.

Besides, Hamers – on whose watch ING paid the Dutch government back for support during the financial crisis – brings cost-cutting and technology credentials. ING’s ratio of costs to income, at around 57%, is lower than many European peers. And Hamers pioneered a surprisingly successful digital push into the low-margin German market. He’s not perfect, but Hamers is probably the best answer to UBS’ succession conundrum - and at an attractive price.