Breakingviews - Election that Bloomberg buys may not be his own 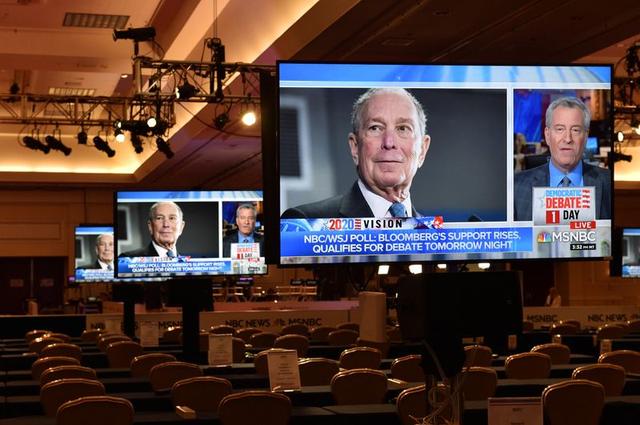 NEW YORK (Reuters Breakingviews) - Michael Bloomberg’s first televised debate as a would-be Democratic presidential candidate didn’t cover him in glory. While his performance was weak, what matters isn’t just his chances of taking on and beating President Donald Trump in November, but the machine he has built with his personal fortune. That will have influence on presidential races for years to come.

Bloomberg, whose eponymous financial data empire competes with Breakingviews parent Thomson Reuters, entered his debut public showdown with rival Democrats in Nevada on Wednesday with good polling data, behind the hard-left Senator Bernie Sanders but ahead of centrist former Vice President Joe Biden. Predictably, the former New York mayor got a pummeling. His controversial “stop and frisk” policing strategy, his reluctance to release his tax returns and his treatment of women were just a few of the topics fired at Bloomberg that elicited lukewarm comebacks.

The other candidates have turf to defend because they’ve all been sharpening their campaigns in public for at least a year. Inequality is a major theme; Bloomberg embodies it. His estimated worth of $60 billion makes him an easy mark. Senator Elizabeth Warren noted that Americans shouldn’t trade “one arrogant billionaire for another” in the White House.

Money undoubtedly buys friends, which is how Bloomberg got this far. He has spent about $350 million on political ads and plans to double the budget. That’s $100 million more than what every other candidate, except for fellow billionaire Tom Steyer, has spent combined, according to tracking firm Advertising Analytics. His catered events are more reminiscent of the perks given to employees at Bloomberg LP than the usual shoestring Democratic rally.

Yet Bloomberg isn’t just spending – he’s investing. That makes his showing in Nevada something of a red herring. He is building an army of over 2,100 campaign staffers, and is offering one-year contracts, according to people familiar with the situation, which is rare in political campaigns. Some top advisors are making near $375,000 a year. And he has said he’ll support whoever wins the nomination, even if it’s not him. It’s more like a political platform that future candidates can also use than a one-off presidential run. So even if Bloomberg doesn’t win this election his billions may indirectly win the next.