Mediaset says still getting no picture on Vivendi's plans 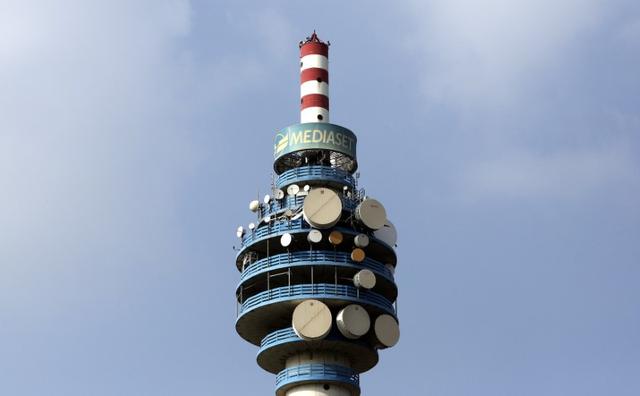 MILAN Italy's Mediaset (MS.MI) said on Tuesday it was still in the dark over what Vivendi (VIV.PA) planned to do with its stake in the TV group as well as its the French media group's plans for a potential joint-venture that would also involve Telecom Italia (TLIT.MI).

But in April Italy's communications industry regulator (AGCOM) told Vivendi to reduce its stake in one of the two Italian companies, saying it was anti-competitive.

Vivendi, which is appealing against the ruling, has told AGCOM it will take a series of measures to meet the watchdog's concern, including transferring a stake of at least 19.19 percent of Mediaset shares to a blind trust.

"Clearly we do not know anything more than you know, we read the press release by AGCOM," Mediaset Chief Financial Officer Marco Giordani said in a post-results call with analysts.

He added that the regulator was "clearly stating what Vivendi should do", adding there was nothing more to say. He did not explain if the proposed trust solution would be a final or a temporary one.

Giordani also said Mediaset had not been approached by Vivendi over a possible plan to create a broad-based joint-venture involving Mediaset, Telecom Italia and the French's pay-TV unit Canal Plus.

"We never met them, did not receive any offer and we do not know the business plan, nothing," Giordani said.

He also said a continuing legal dispute with Vivendi would have to be resolved, "before considering any partnership".

Mediaset and Vivendi are engaged in a bitter court battle after the French company pulled out of an 800 million-euro deal last July that would have given it full control of the Milan-based group's pay-TV unit.

The failure of that deal cost the group 341.3 million euros and an overall loss in last year's results.

In the first half of this year revenues for the pay-TV unit, Premium, fell to 299.7 million euros from 308.5 million euros in the same period last year.

But the group said that after more than doubling its operating profit in the first half of the year, a pick-up in advertising would result in a full-year profit, both at the operating and after-tax levels.