By Joseph Ax and Nathan Layne

(Reuters) -The U.S. states of Florida and Louisiana were at or near their highest hospitalization numbers of the coronavirus pandemic on Monday, driven by the still-spreading Delta variant, as one doctor warned of the "darkest days" yet.

More than 10,000 patients were hospitalized in Florida as of Sunday, surpassing that state's record. Louisiana was expected to break its record within 24 hours, prompting Governor John Bel Edwards, a Democrat, to order residents to wear masks again indoors.

"These are the darkest days of this pandemic," Dr. Catherine O'Neal, chief medical officer of Our Lady of the Lake Regional Medical Center in Baton Rouge, Louisiana, said at a news conference with Edwards. "We are no longer giving adequate care to patients."

O'Neal urged Louisianans to get vaccinated, warning that hospitals were overwhelmed. Many nurses were out sick with the virus, she said, leaving the state with a staffing deficit of 6,000 people.

Hospitalizations in Arkansas are also soaring and could eventually break records. (Graphic on U.S. outbreak) tmsnrt.rs/2WTOZDR

Governors of New York and New Jersey said transport, jail, hospital and nursing home workers would be required to get vaccinated or submit to regular testing. Denver Mayor Michael Hancock said inoculation would be mandatory for the city's more than 11,000 employees.

New York Governor Andrew Cuomo urged bars, restaurants and other private businesses to require that customers be vaccinated before they can enter. Cuomo said vaccines could be made mandatory for nursing home workers, teachers and healthcare workers if case numbers do not drop.

New Jersey Governor Phil Murphy suggested he could clamp down even further on residents and businesses.

The moves represent the latest attempts by policy makers to spur reluctant Americans to get vaccinated as the highly contagious Delta variant of the coronavirus surges nationwide.

Florida Governor Ron DeSantis, a Republican, has taken the opposite stance. He issued an executive order last week barring schools from requiring face coverings, saying parents should make that decision for their children.

District officials in Broward and Gadsden counties, facing a threat by DeSantis to withhold state funds, said on Monday they were dropping mask mandates this fall, the News Service of Florida reported.

Florida has one of the worst outbreaks in the nation and about one-quarter of the country's hospitalized COVID patients, according to data from the U.S. Department of Health and Human Services bit.ly/2Vj3tjZ.

Mary Mayhew, head of Florida's hospital association, said the latest surge sent hospitalizations rising to 10,000 from 2,000 in less than 30 days, although deaths have remained well below peak numbers.

"It is a much younger age group that is getting hospitalized," Mayhew said. "For the last year, so many heard repeatedly that COVID had the greatest risk for our elderly, for individuals with serious underlying conditions, but the Delta variant is clearly a significant risk for younger people." 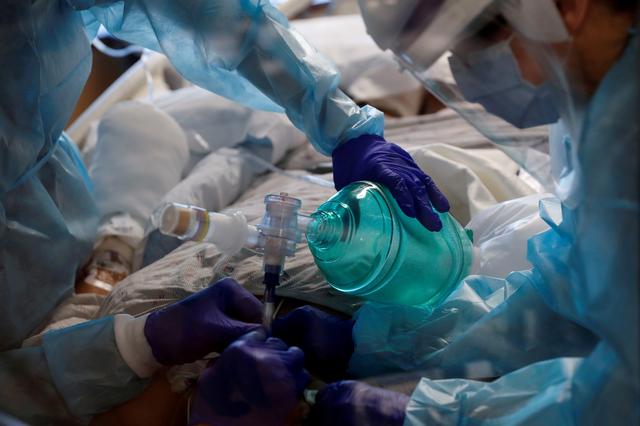 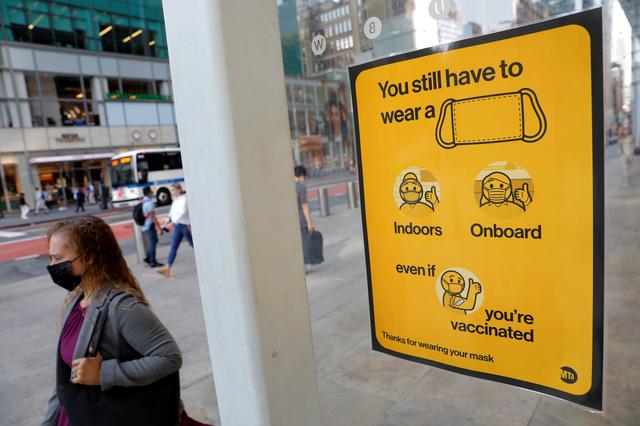 2/4
A poster alerting for the wearing of masks is seen on a 42nd Street subway entrance as cases of the infectious coronavirus Delta variant continue to rise in New York City, New York, U.S., August 2, 2021.
Reuters/Andrew Kelly + 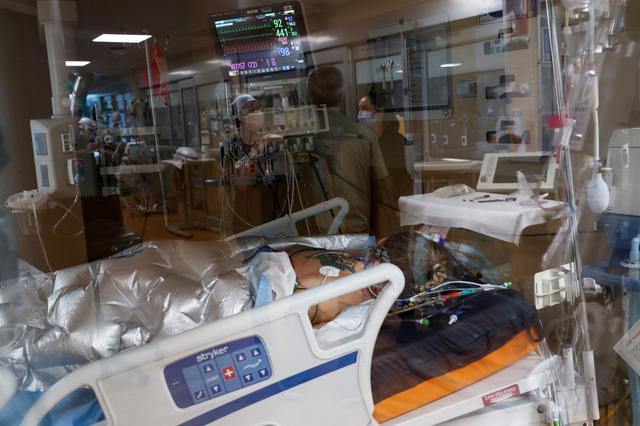 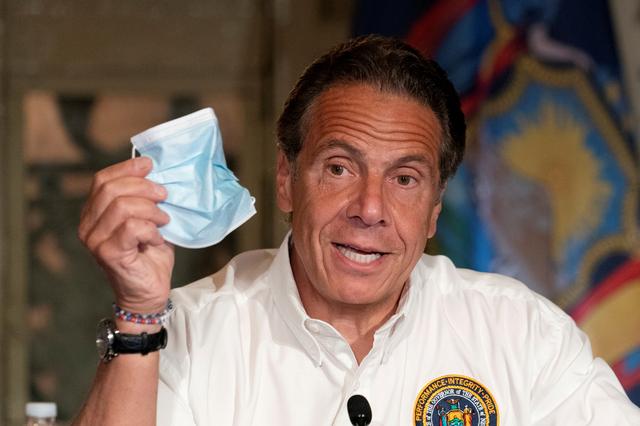 4/4
FILE PHOTO: New York Governor Andrew Cuomo discusses the wearing of masks as he speaks at a news conference about the East Side Access, a train tunnel that will connect rail yards in Queens with Grand Central Terminal, in New York City, New York, U.S., May 27, 2021. Mark Lennihan/Pool via
Reuters +
Our standards: The Thomson Reuters Trust Principles.

Explainer-The case for, and against, COVID-19 vaccine boosters