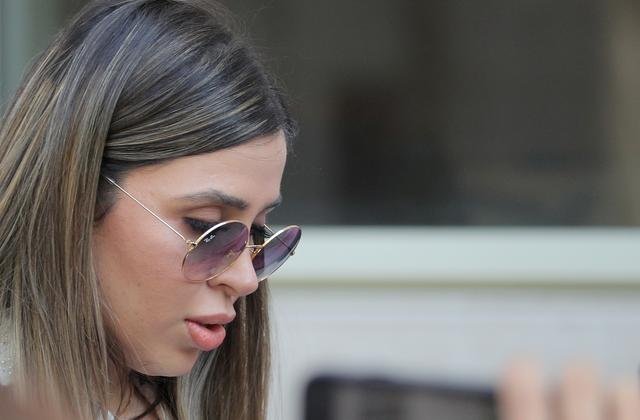 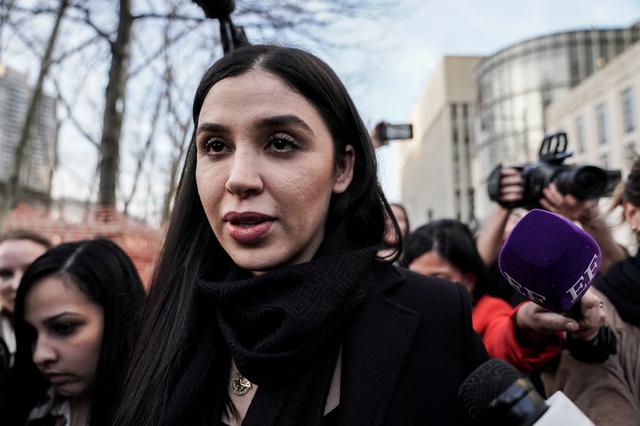 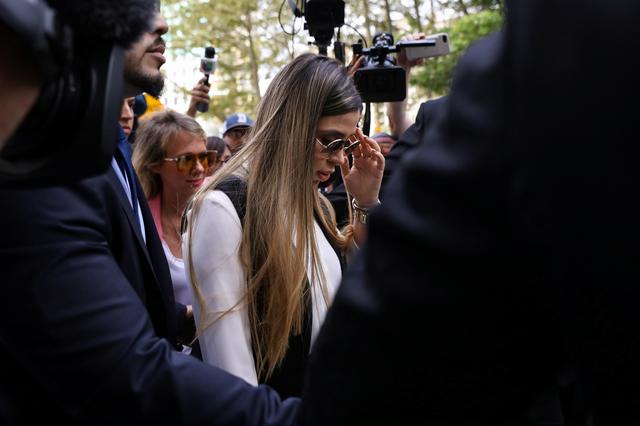 WASHINGTON/MEXICO CITY The wife of Mexican drug cartel boss Joaquin "El Chapo" Guzman was arrested and charged in the United States on Monday with helping her husband continue to run his drug trafficking cartel while he was behind bars.

Emma Coronel Aispuro, 31, a regular attendee at her husband's high-profile U.S. trial two years ago where he was convicted of trafficking tons of drugs into the United States, was arrested at Dulles International Airport in northern Virginia.

Her arrest is the highest profile U.S. capture of a Mexican on drug charges since former Mexican Defense Minister Salvador Cienfuegos was detained in October, and experts said it indicated a deterioration in bilateral security relations.

Coronel was charged by the U.S. Department of Justice with conspiring to distribute heroin, cocaine, marijuana and methamphetamines for unlawful importation into the United States. She is expected to appear in a federal court in Washington on Tuesday.

An affidavit attached to the charges also details Coronel's alleged involvement in her husband's escape from a Mexican prison in 2015 and a second attempted prison break in 2016 before the 63-year-old was extradited to the United States.

A lawyer for Coronel could not immediately be identified, and lawyers in Mexico linked to the Guzman family did not respond to a request for comment.

A Mexican official familiar with the situation, who asked not to be identified, said Coronel's arrest appeared to be solely a U.S. initiative and that Coronel was not wanted in Mexico.

"[It's] a sign of what's likely ahead," former Mexican ambassador to the United States Arturo Sarukhan said, describing it as an example of U.S. agencies acting with little coordination with Mexican counterparts.

Joint efforts to fight drug trafficking were strained by Cienfuegos' arrest, with Mexico's government moving to restrict U.S. agents' activities in Mexico in retaliation for what it called a breach of trust.

The Justice Department unexpectedly dropped the Cienfuegos case the following month and let him return to Mexico, a move Mexico welcomed as restoring trust between the two countries. Two months later, Mexico dropped its own case against Cienfuegos.

The investigation into Coronel was handled by the Federal Bureau of Investigation (FBI), rather than the Drug Enforcement Administration (DEA). The charges relate to alleged trafficking activity between 2014-2107 prior to the high-profile Brooklyn trial where Guzman was convicted on drug trafficking offenses.

The indictment documents said Coronel relayed messages on behalf of Guzman to facilitate drug trafficking after his arrest in 2014.

Prosecutors said Coronel also conspired to aid her husband in his July 2015 escape from the Altiplano prison in Mexico through a mile-long tunnel from his cell. An unnamed cooperating witness was paid $1 million to help facilitate a failed second escape a year later, according to the affidavit.

Coronel, who married Guzman as an 18-year-old beauty queen in 2007, is a dual U.S.-Mexico citizen who lives in Mexico. It was unclear why she was in the Washington area at the time of her arrest.

Prosecutors at Guzman's trial two years ago said he amassed power through murders and wars with rival cartels. Guzman was sentenced to life in prison plus 30 years, which the sentencing judge said reflected Guzman's "overwhelmingly evil" actions. Guzman was sent to ADX Florence in Colorado, the nation's most secure "Supermax" prison.

Tomas Guevara, an investigator in security issues at the Autonomous University of Sinaloa, said Coronel's arrest might be part of a "pressure strategy" to prompt cooperation from Guzman. (This story corrects date of marriage)