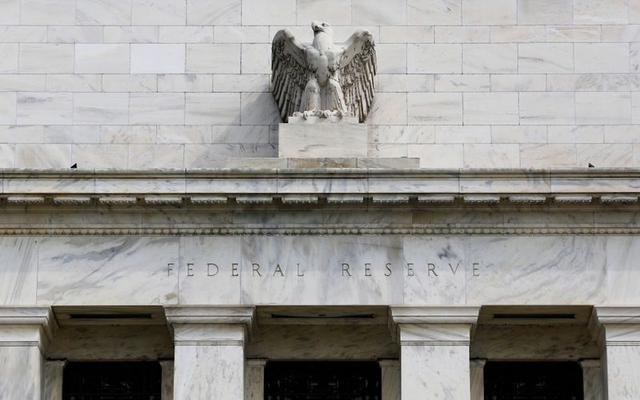 A view shows an eagle sculpture on Federal Reserve building, on the day it will release minutes of Federal Open Market Committee from August 1, 2012, in Washington August 22, 2012.
Reuters/Larry Downing
By John Foley | NEW YORK

NEW YORK (Reuters Breakingviews) - Such is the political dysfunction in Washington that every gesture by the outgoing Donald Trump administration becomes like a Rorschach test, with differing interpretations based on the observer’s perspective. The odd spat between Treasury Secretary Steven Mnuchin and Federal Reserve Chair Jay Powell takes this unhelpful situation to a new level.

Mnuchin said on Thursday that he wants the Fed to return $455 billion of funds earmarked for lending to businesses and local governments under facilities due to lapse on Dec. 31. Powell can’t exactly defy the Treasury, but the Fed’s response made his displeasure known. It would prefer to see continued support for a “still-strained and vulnerable economy.” For an apolitical central bank, that’s tough talk.

Former Goldman Sachs banker Mnuchin isn’t a dab hand at communication. In 2018, he startled markets with a statement needlessly affirming banks weren’t in trouble. But what he’s proposing might be reasonable. The U.S. economy needs fiscal support, yet many Senate Republicans feel public spending has already gone too far. They might be prepared to see the unused funds paid out directly as grants to small businesses or households.

But there’s another possibility. An outgoing administration has little incentive to make life easy for Democratic President-elect Joe Biden, who takes over on Jan. 20. Removing the funding facilities might create problems for him, because their very existence has given banks and financial investors confidence to lend. Republicans’ apparent rediscovery of fiscal discipline, after running up a $3 trillion deficit this year, isn’t fully convincing.

The ambiguity is damaging, either way. Mnuchin and Powell could have resolved their problems in private. But the conflict could also have been avoided by not making the Fed responsible for the lending in the first place. The central bank’s job is to oversee monetary policy. Asking it to extend credit to businesses, while not unprecedented in a crisis, blurs that responsibility. It gives Congress a way to pretend the funds didn’t come from the public purse.

Ultimately, money can be found. Banks and capital markets still have plenty of firepower they can use for lending or lenience. A bigger problem is investors not being able to know for sure whether policymakers want to back the economy or break it. Mnuchin and Powell have fueled that guessing game, and only Congress, with its power to decide on another round of fiscal stimulus, can settle it now.