DUBAI Hardliners loyal to Iran's supreme leader are likely to sweep a parliamentary election on Friday that will cement their grip on power as the country faces mounting U.S. pressure over its nuclear program and growing discontent at home.

The vote will have no major influence on foreign affairs or Iran's nuclear policy, which is determined by Ayatollah Ali Khamenei. But it might bolster hardliners in the 2021 contest for president and toughen Tehran's foreign policy.

State television said voting officially ended in the parliamentary election at 2000 GMT after it was extended several times to allow late-comers to cast ballots. Such extensions are common in Iranian elections.

In mid-afternoon, an Interior Ministry official said that about 11 million of 58 million eligible voters had voted for candidates in the 290-member parliament. State TV said the turnout will be announced on Saturday.

Disenchantment among many women and the young - who comprise a majority of voters - over high unemployment, soaring inflation and restrictions on personal freedoms in the Islamic Republic looked likely to depress the turnout.

Big gains by anti-Western security hawks loyal to Khamenei were in the offing after the mass disqualification of moderate and leading conservative figures by a hardline watchdog body, the Guardian Council.

A victory by acolytes of Khamenei in the election, seen as a referendum on the popularity of clerical rulers, could weaken pragmatist President Hassan Rouhani, who won the last two elections on promises to open Iran to the outside world.

The United States' 2018 withdrawal from Iran's nuclear deal with world powers, and its reimposition of sanctions, have hit Iran's economy hard and led to widespread hardships.

A U.S. drone strike killed Iran's most prominent military commander, General Qassem Soleimani, in Iraq on Jan. 3. Iran retaliated by firing ballistic missiles at U.S. targets in Iraq, killing no one but causing brain injuries in over 100 soldiers.

Encouraging Iranians to vote, state TV aired footage of people lined up at polling stations set up mainly at mosques.

"I am here to vote. It is my duty to follow martyr Soleimani's path," said a young voter at a mosque at a cemetery, where Soleimani is buried in his hometown.

Soleimani, architect of Tehran’s overseas clandestine and military operations as head of the Revolutionary Guards’ Quds Force, was a national hero to many Iranians. He was Iran's most powerful figure after Khamenei.

Rouhani urged Iranians to "further disappoint the enemies" by voting in large numbers.

Iranians who joined protests in November called on their leaders to focus on improving the battered economy and tackling state corruption, also urging Khamenei to step down.

"I don't care about this election. Moderates or hardliners, they are all alike. We are getting poorer with each passing day," university student Pouriya, 24, said by telephone from the city of Isfahan. "I am leaving Iran soon. There are no jobs, no future for us."

Iranians contacted by Reuters in several cities by telephone reported that turnout was low.

"In my area in central Tehran not many people are voting. There is one polling station just beside my house in Javadiyeh and only a handful of voters were there when I last checked an hour ago," said sports teacher Amirhossein, 28.

With Iran facing worsening isolation on the global stage and frustration at home over difficulties of many Iranians in making ends meet, analysts described the election as a litmus test of the leaders' handling of various political and economic crises.

Health ministry authorities advised voters not to be concerned about the threat of new coronavirus cases, as Tehran confirmed 13 new ones on Friday, two of whom have died.

In Tehran, which accounts for 30 seats in parliament, the hardline candidates were headed by Mohammad Bagher Qalibaf, a former mayor of the capital who once commanded the elite Revolutionary Guards.

The slate of candidates was dominated by Khamenei's disciples, including former members of the Guards, who answer directly to the supreme leader, and their affiliated Basij militia, insiders and analysts said.

Khamenei was the first to cast his ballot, saying voting is "a religious duty".

The Guardian Council, whose 12 members are all appointed directly or indirectly by Khamenei, disqualified 6,850 moderates and leading conservatives from the field, citing various grounds such as "corruption and being unfaithful to Islam".

That left voters with a choice mostly between hardline and low-key conservative candidates. On Thursday, the U.S. Treasury Department imposed sanctions on members of the Council over the candidate bans.

Iran's rulers have faced a legitimacy crisis since last year when protests over a fuel price hike turned political with demonstrators calling for a change of rulers. The unrest was met with the bloodiest crackdown since the Islamic Revolution, with hundreds of protesters killed.

Many Iranians are also angry over the shooting-down of a Ukrainian passenger plane in error in January that killed all 176 people on board, mainly Iranians. After days of denials, Tehran said the Guards were to blame. 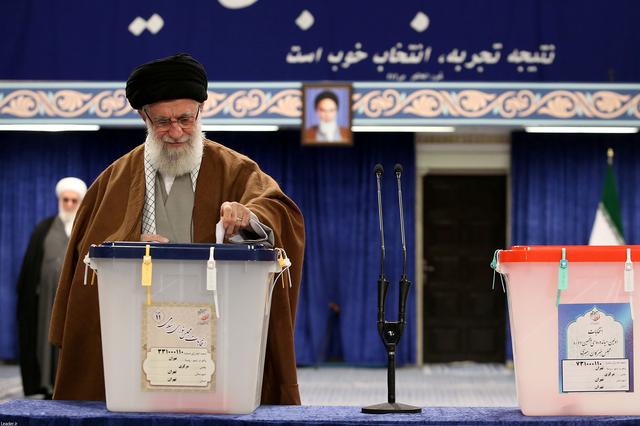 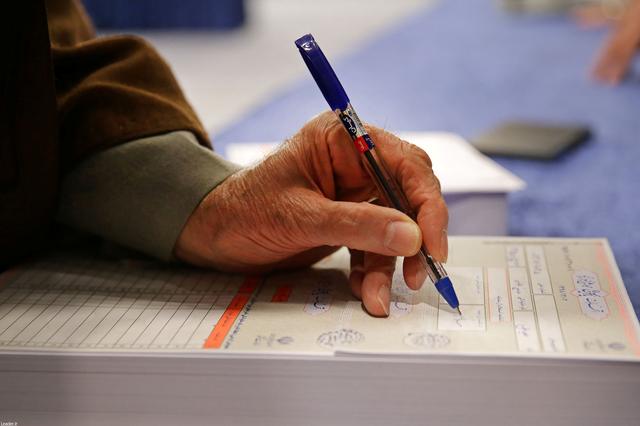 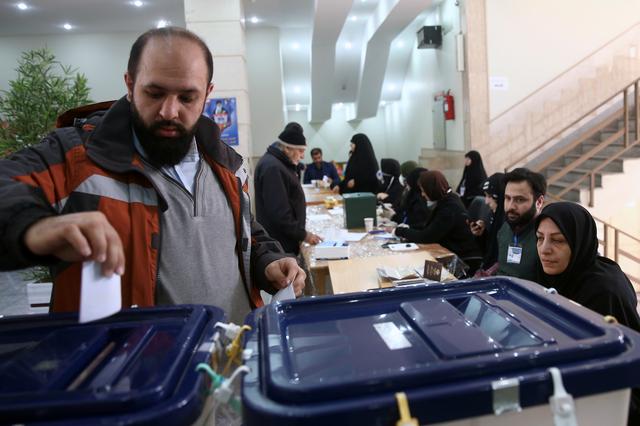 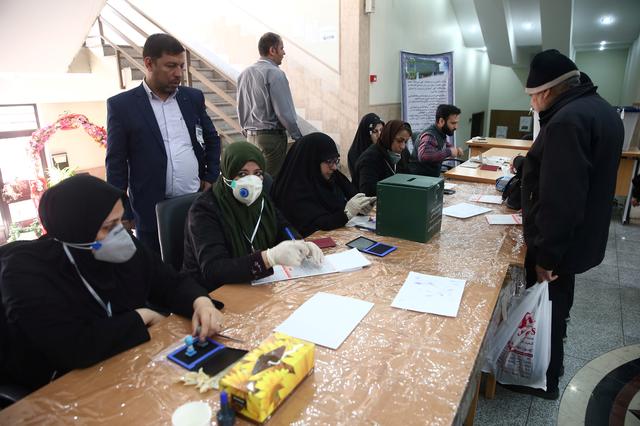 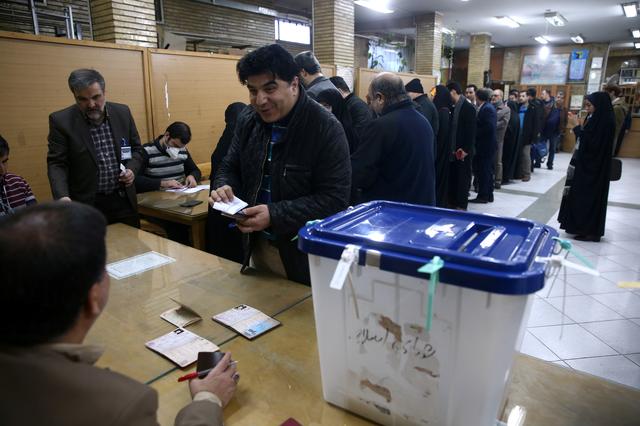 5/16
Iranians line up before they cast their vote during parliamentary elections at a polling station in Tehran, Iran February 21, 2020. Nazanin Tabatabaee/WANA (West Asia News Agency) via
Reuters + 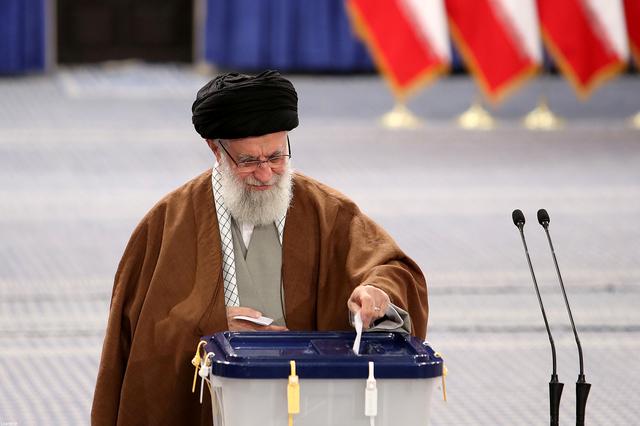 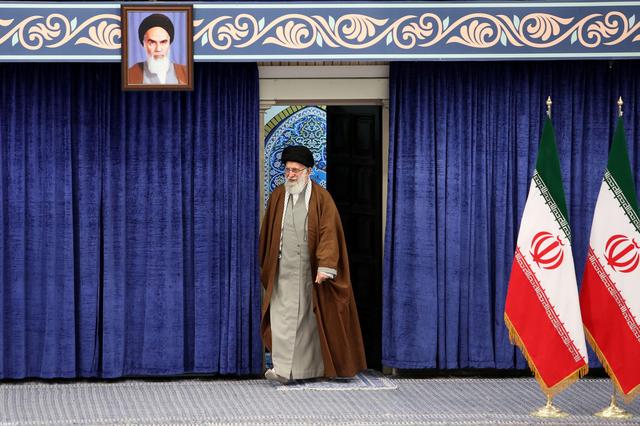 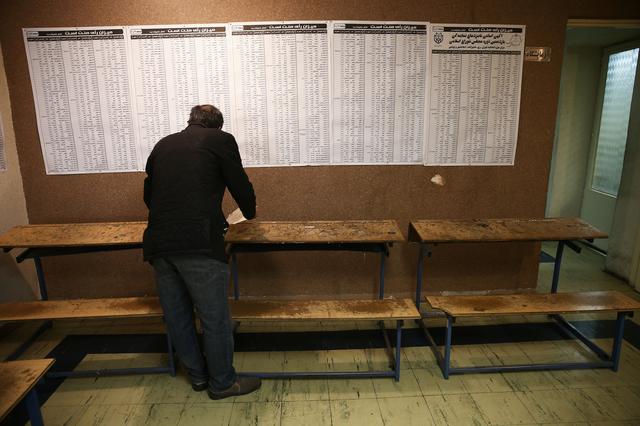 8/16
An Iranian checks the names of candidates during parliamentary elections at a polling station in Tehran, Iran February 21, 2020. Nazanin Tabatabaee/WANA (West Asia News Agency) via
Reuters + 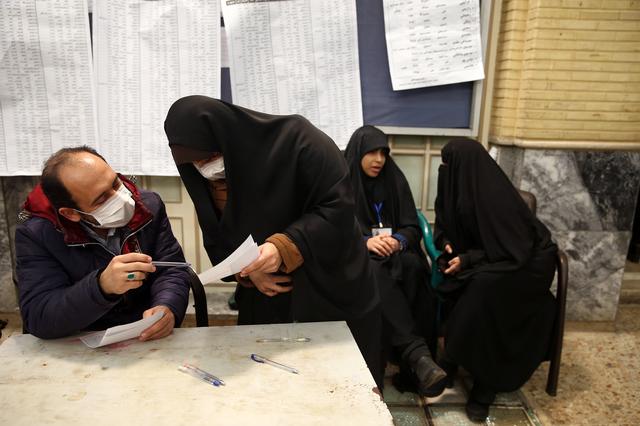 9/16
Iranian select their candidates during parliamentary elections at a polling station in Tehran, Iran February 21, 2020. Nazanin Tabatabaee/WANA (West Asia News Agency) via
Reuters ATTENTION EDITORS - THIS IMAGE HAS BEEN SUPPLIED BY A THIRD PARTY. + 10/16
A woman wears a face mask as she casts her vote during parliamentary elections at a polling station in Tehran, Iran February 21, 2020. Nazanin Tabatabaee/WANA (West Asia News Agency) via
Reuters ATTENTION EDITORS - THIS IMAGE HAS BEEN SUPPLIED BY A THIRD PARTY. + 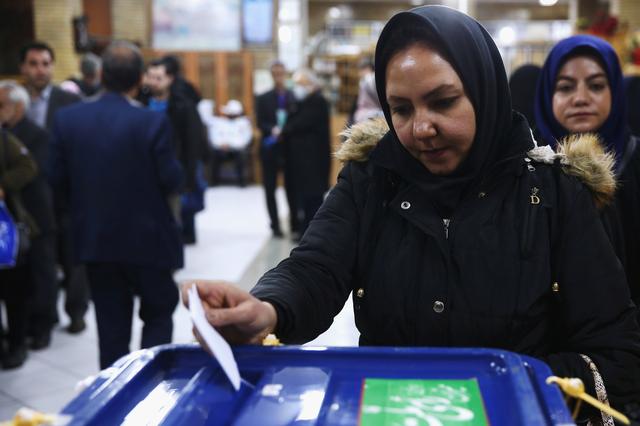 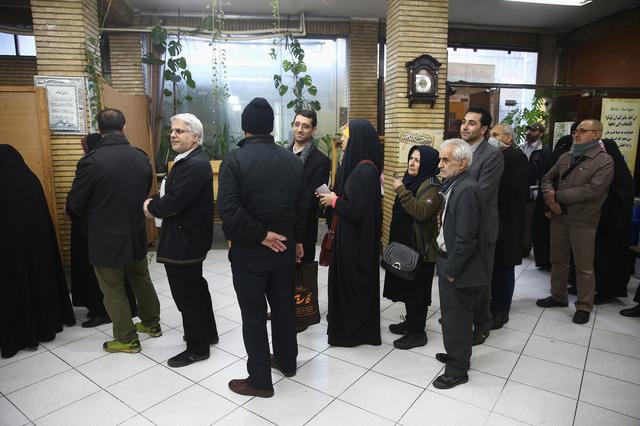 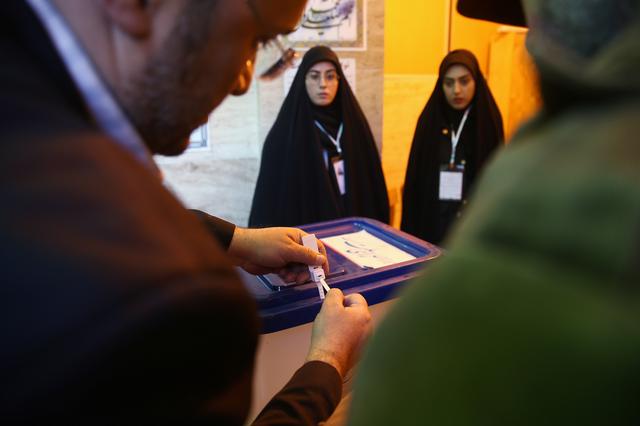 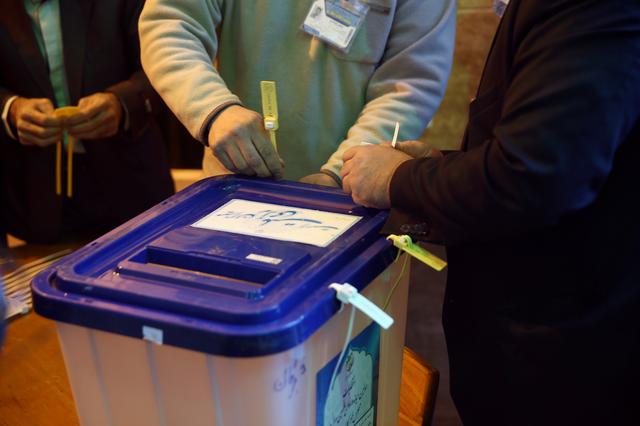 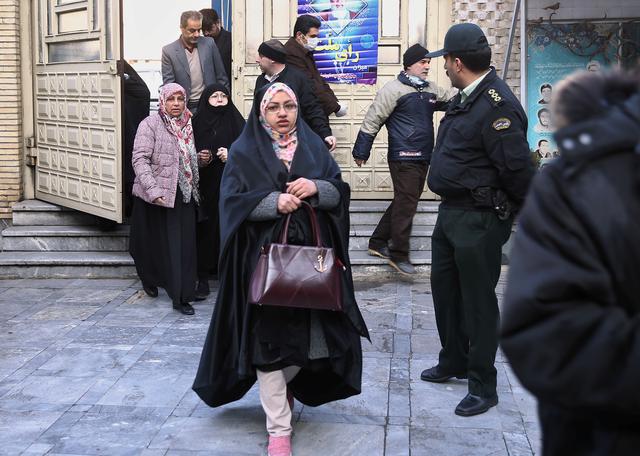 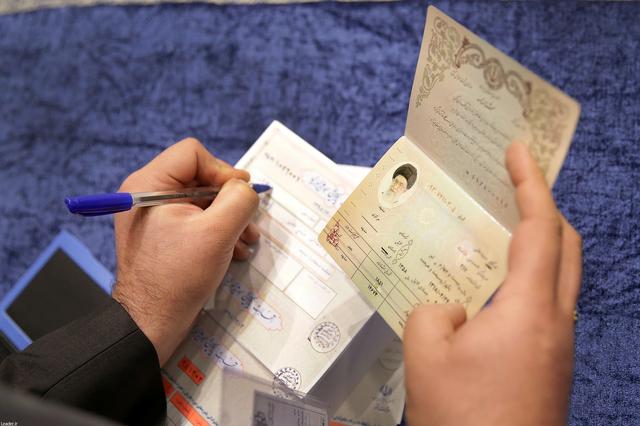 16/16
A poll worker checks the ID of Iran's Supreme Leader Ayatollah Ali Khamenei who has arrived to cast his vote at a polling station during parliamentary elections in Tehran, Iran February 21, 2020. Official Khamenei website/Handout via
Reuters +
Our standards: The Thomson Reuters Trust Principles.