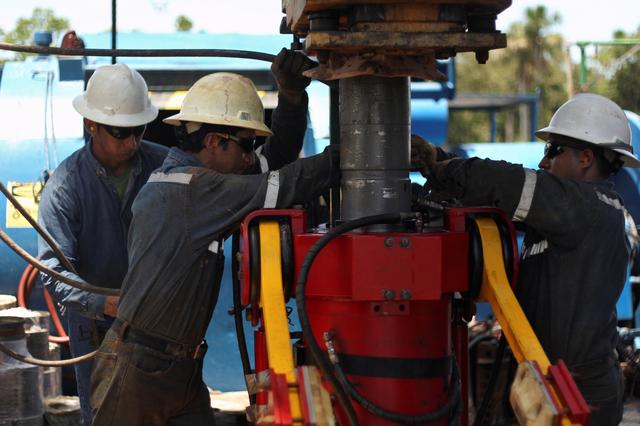 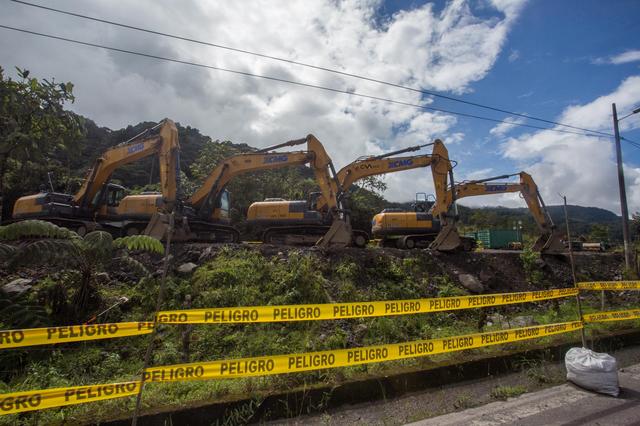 2/5
Bulldozers are seen parked during repair works of a damaged pipeline that caused an oil spill, in El Reventador, Ecuador May 19, 2020. Ivan Castaneira/Amazon Watch/Handout via
Reuters + 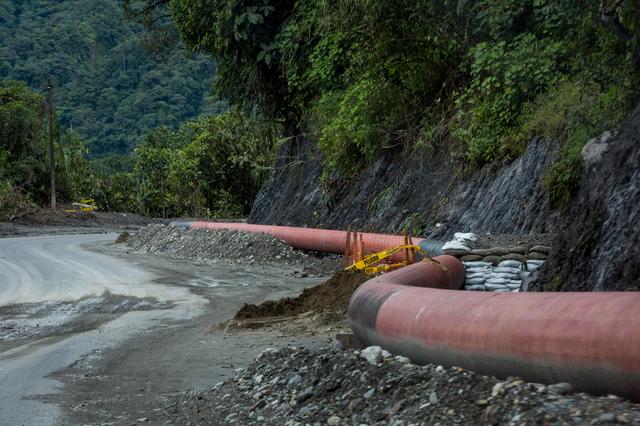 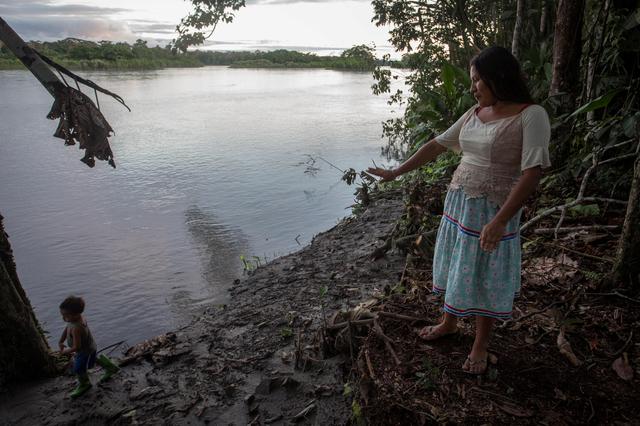 4/5
Fanny Licuy gestures to the river banks after oil spill hit her community, in Sani Isla, Ecuador May 9, 2020. Ivan Castaneira/Amazon Watch/Handout via
Reuters + 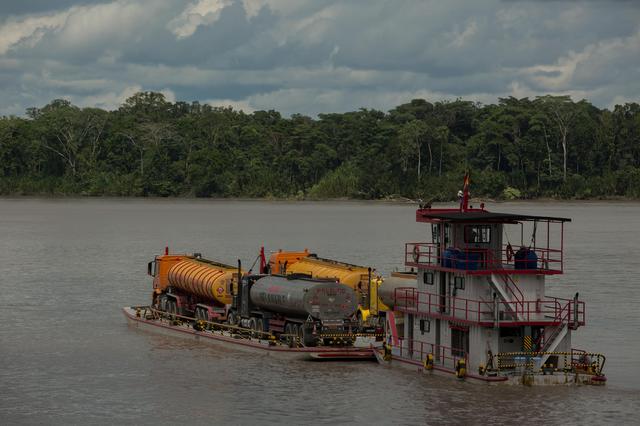 5/5
Tanker trucks are being transported on the river Napo, Ecuador May 11, 2020. Ivan Castaneira/Amazon Watch/Handout via
Reuters +
By Brenna Hughes Neghaiwi, Matthew Green and Simon Jessop | ZURICH/LONDON

The role of European lenders in backing the trade came under scrutiny in August, when a report by advocacy groups Stand.earth and Amazon Watch named six European banks as major financiers of Ecuadorean oil exports to U.S. refineries.

Indigenous leaders battling to prevent further oil exploration in their territory said the banks' role had made them complicit in oil spills, violations of land rights and the destruction of rainforest by Ecuador's oil industry.

"The banks' commitment is a milestone," Marlon Vargas, president of the Confederation of Indigenous Nationalities of the Ecuadorian Amazon, told Reuters. "The banks should finance other forms of economic development, but not oil extraction."

The August report had named the three banks alongside France's Natixis, Switzerland's UBS and Dutch bank Rabobank as the main backers of the shipment of about $10 billion of Ecuadorean oil to the United States over the past decade.

Campaigners had accused the banks of using double standards for making climate change pledges while backing trade in oil from Ecuador, where the industry plans to drill hundreds of wells in the Yasuni National Park, a UNESCO World Heritage site.

The Amazon plays a vital role in regulating the Earth's climate by absorbing carbon dioxide, one of the main greenhouse gases responsible for global warming.

ING said it shared many of the concerns over protecting the Amazon outlined in the report and had decided to review its exposure to oil and gas exports from Ecuador.

"Our research and resulting engagements are ongoing," the bank said. "In the meantime, we have decided not to engage in any new contracts for the financing of oil and gas trade flows from the Ecuadorian Amazon."

Credit Suisse said it had decided to phase out financing for oil exports from the Ecuadorean and Peruvian Amazon after completing existing commitments.

"Credit Suisse reviews and updates its sector-specific policies on a regular basis," the bank said.

BNP Paribas said it had decided in December to exclude oil exports from Ecuador's Esmeraldas region -- home to Ecuador's export terminal for oil from its Amazon region.

"BNP Paribas is committed to the continuous improvement of its sustainability strategy," the bank said.

Rabobank said in August it had stopped financing Ecuadorean crude cargoes earlier in 2020.

UBS, for now, has stopped short of committing to end its financing of Ecuadorean crude oil cargoes. The bank said it maintained dialogue with advocacy groups and was committed to the highest environmental and social standards.

"As such we have declined transactions where the origin of oil is verifiably associated with breaches of our standards, such as indigenous peoples' land rights or UNESCO World Heritage Sites," the bank said.

Natixis, meanwhile, financed cargoes of 5.5 million barrels of oil from the Ecuadorean Amazon from July to December -- more than double the volume it backed in the first half of the year, according to an analysis of U.S. customs data by Stand.earth and Amazon Watch.

Natixis said that it continued to "proactively" screen transactions for potential environmental or social risks, and understood that financing Ecuador's oil exports could encourage plans by the industry to expand into the Yasuni National Park.

"Given this situation, Natixis has declined to finance any new clients involved in oil exports from Ecuador since mid-2020 and has reduced the number of existing clients it works with in this area," a Natixis spokesperson said.

With oil output of around 0.5 million barrels per day, or 0.5% of global volumes, according to BP's statistical review, Ecuador ranks as a mid-sized producer. Much of its oil is used to pay the country's debts to China.

The move by the banks could complicate the export of crude oil from Ecuador. Oil trading companies that were working with them must find other banks to back their transactions with refineries.

"Any banks involved in this trade will face growing scrutiny, unless Ecuador's government puts a moratorium on new drilling, and addresses the environmental damage and rights violations caused by existing production," said Tzeporah Berman, international programmes director at Stand.earth.

"Ecuador is going to need support to get out from under crushing debt, but new drilling in primary forests without consent from indigenous peoples is not the solution," she said.

Ecuador's oil industry says taking care of the environment and maintaining a harmonious relationship with people living in its operational areas is a priority. Petroecuador, the state-owned oil company, did not respond to a request for comment.

While the value of crude cargoes from the Amazon runs into the billions of dollars annually, some investors say the reputational risks of financing such trades -- from which major banks derive only a fraction of their earnings -- are rising.

"Where investors see a mismatch between banks' sustainability commitments and actions on the ground, investors will take steps to encourage change," said Bruce Duguid, head of stewardship at the governance advisory arm of British asset manager Federated Hermes.

(Reporting by Matthew Green and Simon Jessop in LONDON and Brenna Hughes Neghaiwi in ZURICH; additional reporting by Alexandra Valencia in QUITO and Dmitry Zhdannikov in LONDON; Editing by Rachel Armstrong and David Gregorio)