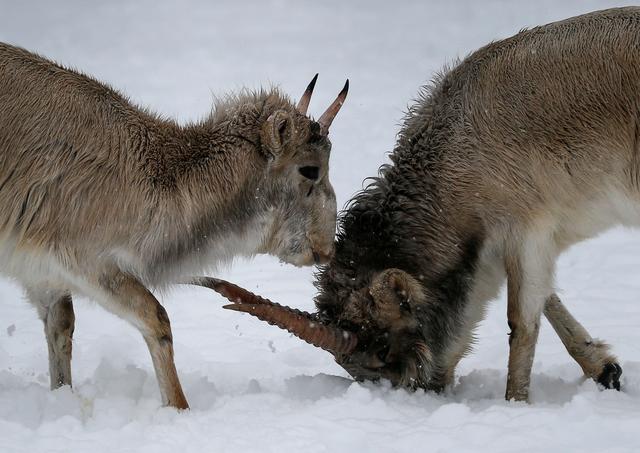 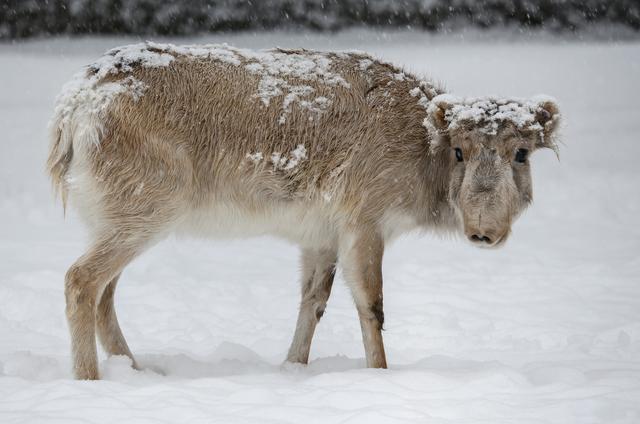 2/2
FILE PHOTO: A Saiga antelope stands amidst snow inside an enclosure at a zoo in Almaty, Kazakhstan February 16, 2020.
Reuters/Pavel Mikheyev/File Photo +

ALMATY A Kazakh court on Friday sentenced three poachers to life in prison for murdering a state ranger who attempted to stop them from hunting endangered saiga antelope, a case that drew the attention of President Kassym-Jomart Tokayev.

The court said the three men had assaulted two state rangers who pursued them in January 2019, one of whom then died from his wounds, the local news website Tengrinews.kz reported.

The court also sentenced four others to six years each for poaching saiga, a critically endangered species whose horns are used in traditional Chinese medicine. China's native saigas have been hunted to extinction, making the surviving Kazakh and Russian animals the only source.

The defendants left the badly wounded 52-year-old ranger, Yerlan Nurgaliev, and his partner alone and took the keys to their car. They denied murder charges.

Tokayev last year described Nurgaliyev as a hero and called for tougher punishments for saiga poaching.