LAS VEGAS U.S. presidential adviser Ivanka Trump on Tuesday touted government-industry collaboration to create jobs, drawing applause at a tech show that contrasted with the criticism she faced beforehand for her lack of tech experience.

The daughter of Republican President Donald Trump and a businesswoman, Trump spoke at the annual CES tech conference in Las Vegas in the face of backlash from some industry officials, including women, who challenged her tech qualifications.

She said a White House council that she co-leads will launch a nationwide year-long advertising campaign to encourage all pathways to jobs, including apprenticeships, and not just a college degree.

"We need to raise awareness about many options that exist," she told the audience. Trump said the White House will release a national workforce strategy in the coming months. She said over 400 companies have committed to offering over 14 million training opportunities.

Consumer Technology Association CEO Gary Shapiro, who moderated the discussion with Trump, praised her remarks. "On behalf of the industry, we want to work with you. We want to create jobs," Shapiro said.

Trump talked about efforts to boost paid family leave, finding people to fill 500,000 manufacturing job openings and doing more to recruit and retain immigrants that she dubbed "the greatest talent in the world."

Some in the Women Who Tech group on Facebook voiced displeasure with the invitation to Trump.

Investor Elisabeth Fullerton wrote: "This is an insult to women in technology. We did hard times in university, engineering, math, and applied sciences. This is what extreme privilege and entitlement get you. It's not what you know it's who you know I guess."

Tech analyst Carolina Milanesi wrote in an opinion piece in Forbes: "The reason for my upset is rooted in the fact that there are many more women who are in tech and are entrepreneurs who could run circles around Trump on how technology will impact the future of work."

(Reporting by David Shepardson in Las Vegas and Nandita Bose in Washington; Editing by Lisa Shumaker) 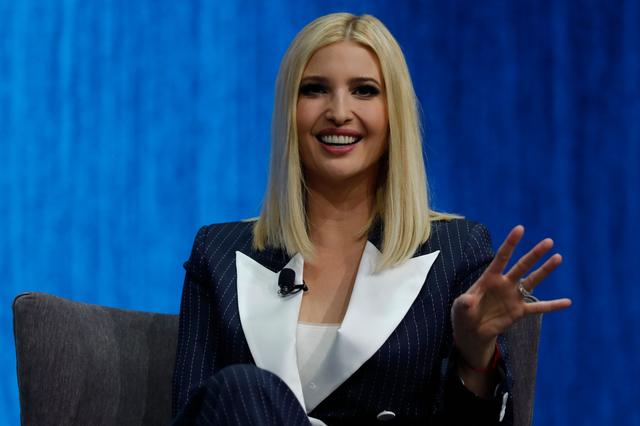 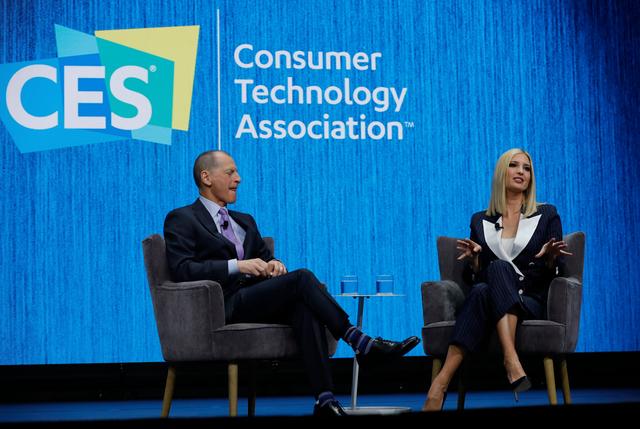 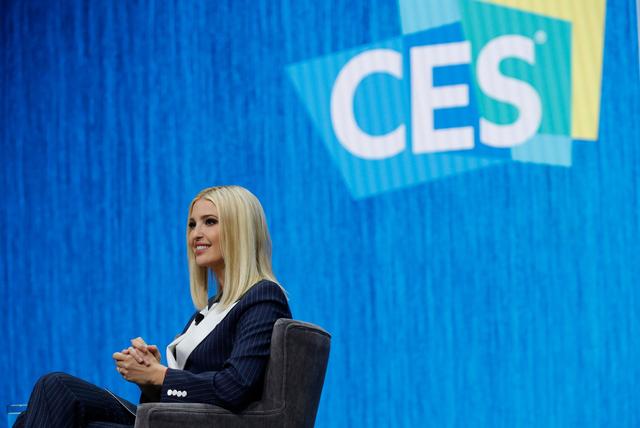 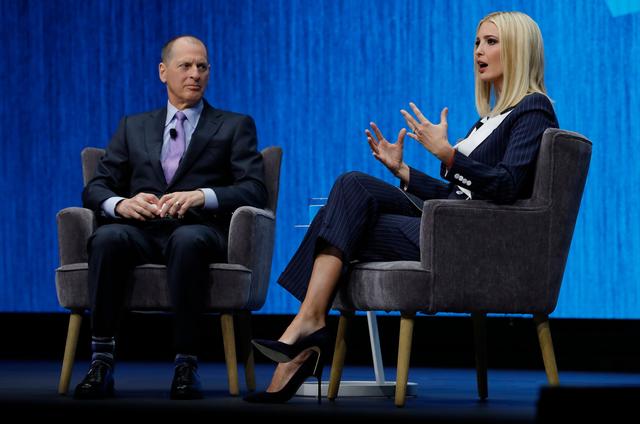 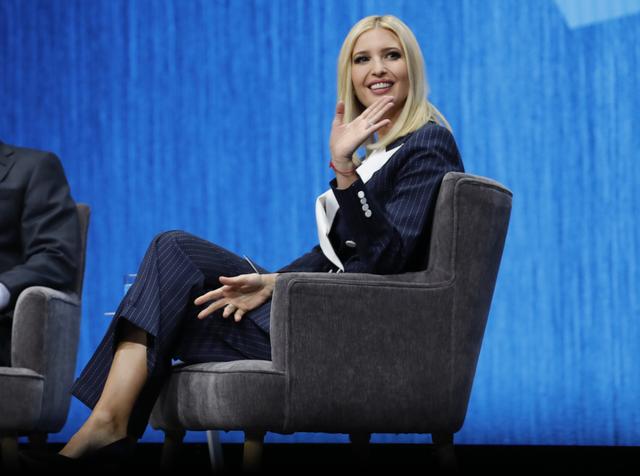 5/6
Ivanka Trump, daughter of President Donald Trump, waves before speaking with Gary Shapiro, president and CEO of the Consumer Technology Association, in a keynote address during the 2020 CES in Las Vegas, Nevada, U.S. January 7, 2020.
Reuters/Steve Marcus + 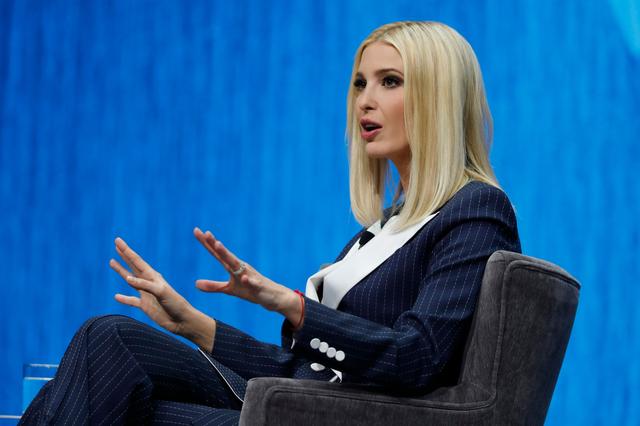 Delta wants to use tech to improve flying experience