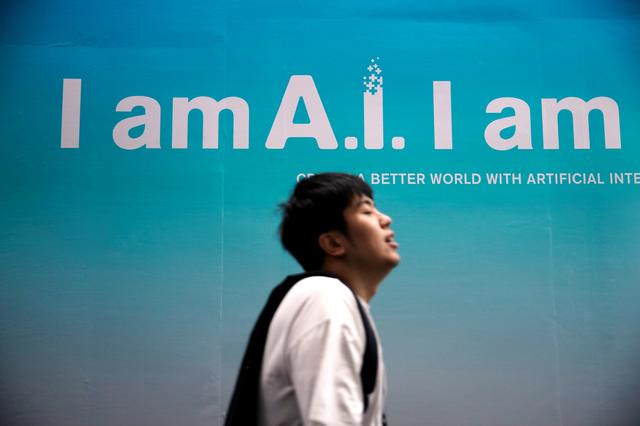 LAS VEGAS The White House on Tuesday proposed regulatory principles to govern the development and use of artificial intelligence (AI) aimed at limiting authorities' "overreach", and said it wants European officials to likewise avoid aggressive approaches.

In a fact sheet, the White House said federal agencies should "conduct risk assessment and cost-benefit analyses prior to any regulatory action on AI, with a focus on establishing flexible frameworks rather than one-size-fits-all regulation."

The comments come at a time when companies are racing to integrate AI and deep machine learning into their businesses to remain competitive. However, the technology raises ethical concerns about control, privacy, cyber security and the future of work, companies and experts have said.

As an example, the White House cited the Food and Drug Administration which is currently considering how to regulate the use of AI and machine learning technologies by medical device manufacturers.

The White House said, "Europe and our allies should avoid heavy handed innovation-killing models." It added, "the best way to counter authoritarian uses of AI is to make sure America and our international partners remain the global hubs of innovation."

Some U.S. states have raised concerns about AI applications. California's legislature in September passed a three-year ban on state and local law enforcement using body cameras with facial-recognition software, the latest curb on technology that some say poses a threat to civil liberties. Some U.S. cities have also voted to bar facial-recognition technology by law enforcement.

The White House's Michael Kratsios, chief technology officer of the United States, who will talk about the administration's AI strategy at the CES trade show in Las Vegas later this week, in a statement said Tuesday's "principles set the nation on a path of continued AI innovation and discovery."

A 2018 study from consultancy PwC said 30% of jobs around the world are at risk of automation by the mid-2030s, including 44% of workers with low education. The study also found automation could boost global gross domestic product by $15 trillion by 2030.

The White House held a meeting on AI in 2018 with over 30 major companies from a variety of industries, including Ford Motor Co, Boeing Co, Amazon.com Inc and Microsoft Corp, vowing not to stand in the way of the technology's development.

Intel's Mobileye demos autonomous car equipped only with cameras, no other sensors