Analysis: Exchanges, retail brokers, say they are ready for any post-U.S. election volatility 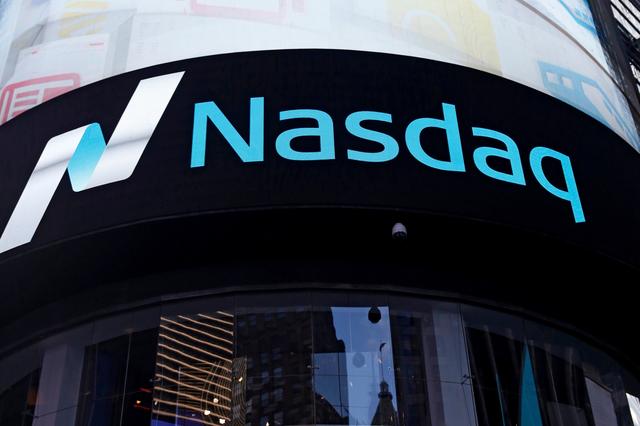 FILE PHOTO: A view of the exterior of the Nasdaq market site in the Manhattan borough of New York City, U.S., October 24, 2016.
Reuters/Shannon Stapleton
By John McCrank | NEW YORK

NEW YORK Exchanges and retail brokers, under scrutiny after recent outages within their industries, have spent months planning for Election Day. Now their preparations, for what could be a highly volatile trading period, are about to be put to the test.

Earlier this month, glitches at Euronext (ENX.PA) impacted trading in several European countries and a hardware failure at the Tokyo Stock Exchange .TOPX caused the worst-ever outage for the world's third-largest equity market. In August, cyberattacks hit New Zealand's stock exchange (NZX.NZ), and in July, a Deutsche Boerse (DB1Gn.DE) trading platform was briefly hobbled for the second time since April.

Market malfunctions - there have been many here in recent years - can erode investor confidence, and exchange operators say they have taken measures to ensure they can handle a potential election-related spike in volatility.

"This thing could take days, weeks, months, so we embarked on a journey of increasing our capacity by multiple times," Kevin Kennedy, head of U.S. options at Nasdaq Inc (NDAQ.O), said of the potential for drawn-out election results and his firm's preparations.

Nasdaq executives began looking ahead to the Nov. 3 election in March after the coronavirus pandemic whipsawed markets and sent trading volumes soaring, he said.

The decision to boost capacity came after the number of stock trades at Nasdaq in March soared to two-and-a-half times their 2019 peaks, while options volumes tripled, said Tal Cohen, head of the exchange operator's North American markets.

Nasdaq's systems performed without a hitch during the March trading surge, he added.

That was not the case across the industry.

Robinhood, the fintech startup credited with helping introduce a new generation of investors to trading through its app, has experienced several outages since early March, particularly on high-volume days.

The Silicon Valley-based brokerage said its priority is to ensure its platform performs as its customers need and expect it to, when asked what steps it has taken ahead of the election.

"This year, our engineering teams have worked diligently to further harden our infrastructure, improve reliability, and increase capacity," said a Robinhood spokeswoman.

Retail broker TD Ameritrade, which had an outage on its desktop platform in August, and its new parent company, Charles Schwab Corp (SCHW.N), both said they are ready for a potentially volatile period in the markets.

"We're lining up all available client service resources to be available to assist on the phones. In addition, we are communicating with clients about our election-related education and commentary," said a Schwab spokeswoman.

Exchange operator Cboe Global Markets, which had no issues during the coronavirus-driven volume surge, said its testing has shown it is ready to handle "anticipated increased volatility around the U.S. presidential election."

Still, Cboe said it increased the size of its Chicago-based trading floor to accommodate additional market makers and brokers.

"This was done to ensure adequate liquidity and broker coverage in anticipation of potential expanded volumes and volatility around the election," said a Cboe spokeswoman.

Unrelated to the election, exchanges, along with banks, large brokers and market utilities, held an industrywide business continuity and disaster recovery plan test this past weekend to show they could operate from their backup sites in the case of an emergency.

Overseas, Deutsche Boerse said its systems have enough capacity to handle heavy transaction loads, and that it has not put in place any new measures prior to the U.S. elections.

Euronext said its recent outage was due to a "technical issue affecting a third-party component," and that its systems handled the high volumes earlier this year without incident.

(Reporting by John McCrank in New York; Additional reporting by Huw Jones in London and Hans Seidenstuecker in Frankfurt; Editing by Megan Davies and Matthew Lewis)