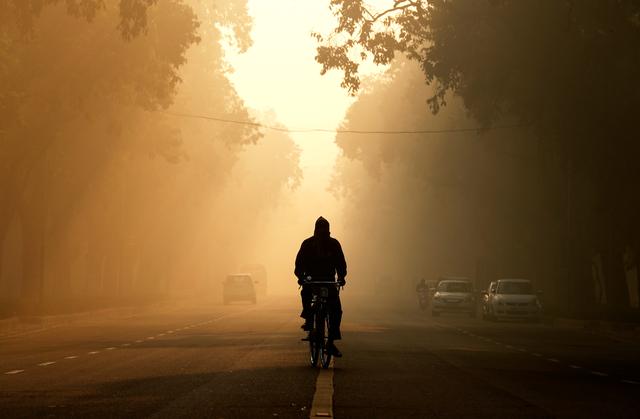 NEW DELHI Residents of the Indian capital of New Delhi woke on Thursday to a thick, gray smog, as pollution surged to "severe" and "emergency" levels, with authorities showing little sign of finding new solutions to the crisis.

The air quality index of the state-run Central Pollution Control Board showing the concentration of poisonous particulate matter known as PM 2.5 stood at 440, up from 430 on Wednesday, and about 12 times the U.S. government recommended level of 35.

Pollution levels hit 500 in some parts of New Delhi, with very poor visibility in some areas. Last year, the high was 450 on Dec. 23.

"Climatic conditions have contributed to the crisis, but let's admit that most steps announced in 2018 have failed miserably," said Sunil Dahiya, a senior campaigner with environmental group Greenpeace.

A sharp drop in temperatures and wind speed, combined with vehicle and industrial emissions, dust from building sites and smoke from garbage burning has boosted pollution over much of north India, including New Delhi, home to more than 20 million.

Both the federal government of Prime Minister Narendra Modi and Arvind Kejriwal's Delhi government have not announced any measures to fight pollution this year.

Cold weather has forced some people, especially those spending the night in the open, to burn small fires to keep warm, adding to the smog.

Unfavorable weather conditions have worsened the crisis, but government measures have also failed to improve air quality in New Delhi and elsewhere.

As pollution spiked in the city in October and November, the government adopted measures ranging from a temporary ban on construction activities and garbage burning to a clampdown on polluting industrial plants, such as coal-fired power stations.

Critics say the measures were inadequate and poorly implemented, largely because of a lack of resources and political will to fight the toxic air, which has driven a spurt in patients battling pollution-related health issues.

India is home to the world's 14 most polluted cities, with Delhi the sixth worst, the World Health Organization said in a report this year.

"India cuts a sorry figure because of the reports from international bodies," said Dahiya. "If a country fails to give clean air to its people, agencies like the WHO and Lancet will talk about it."