By Hilary Russ and Nivedita Balu

Fast-casual U.S. chain Chipotle Mexican Grill Inc and Dutch delivery company Just Eat Takeaway.com predicted a return to more normal levels of dining out by spring or summer of 2021, they said on Thursday.

The two companies, which have both prospered during the coronavirus pandemic, saw little downside to the idea that consumers will want to eat in dining rooms again - instead of grabbing burritos to go or ordering in-home delivery.

"I'm very optimistic that people are going to be coming back to dining rooms," Chipotle CEO Brian Niccol said during a panel discussion at the Reuters Next conference.

Fast food and some fast-casual chains as well as third-party delivery services have thrived during the pandemic as consumers shifted to delivery, drive-thru and pickup to get restaurant meals.

Niccol and Jitse Groen, CEO of Just Eat Takeaway, predicted a quick recovery to more normal, pre-pandemic levels consumer behavior in 2020 - followed by years of possible expansion for their companies.

"We will return to some sort of normality from April onwards, at least in Europe," Groen said. "It will be some combination of having vaccinated the most vulnerable people and the weather improving."

Shifts to e-commerce and digital ordering will likely stick around for the long term, they said.

Both executives said orders will also gradually shift back to offices as workers return.

Five years from now, Chipotle may be able to double its U.S. store count - currently about 2,700 - to as many as 6,000 locations while boosting average annual sales per store from $2.3 million now to "hopefully closing in on" $3 million, Niccol said.

He also anticipates a "much bigger global footprint in the foreseeable future" versus the Mexican fast-casual's current 16 restaurants throughout Europe.

Takeaway, which acquired Just Eat in 2020 and is closing in on its deal to buy U.S.-based GrubHub Inc, is on track to be the largest third-party restaurant delivery firm outside of China.

Groen said that the delivery industry is in constant change, making it hard for him to give precise estimates on growth other than to say his company "will be a lot bigger."

(Reporting by Hilary Russ in New York and Nivedita Balu in Bengaluru; additional reporting by Toby Sterling in Amsterdam; Editing by Nick Zieminski) 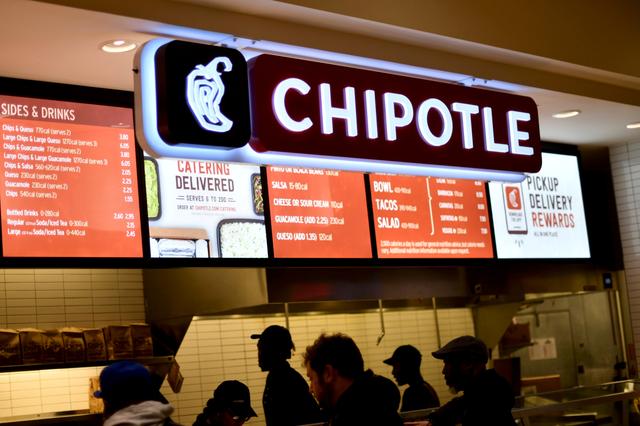 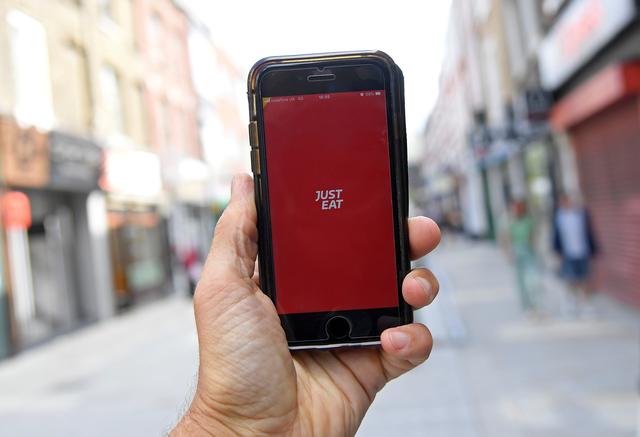 2/3
FILE PHOTO: The app for Just Eat is displayed on a smartphone in this posed picture in London, Britain, August 5, 2019.
Reuters/Toby Melville//File Photo +