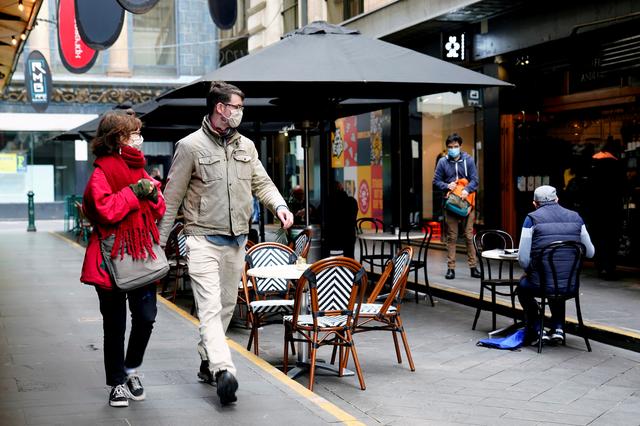 1/2
FILE PHOTO: People walk past a cafe after the coronavirus disease (COVID-19) restrictions were eased for the state of Victoria, in Melbourne, Australia, October 28, 2020.
Reuters/Sandra Sanders + 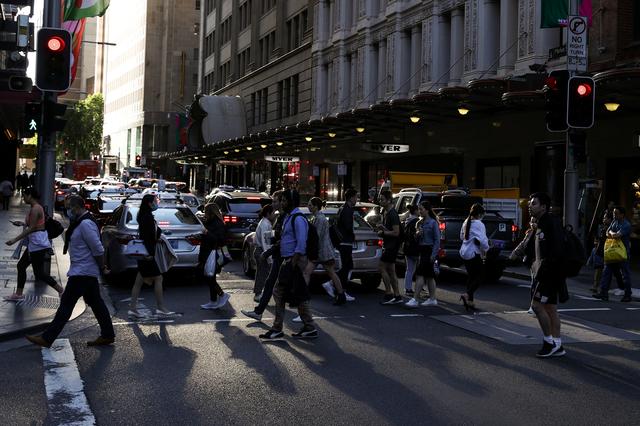 MELBOURNE Australia moved a step closer to normal life on Sunday, opening some internal borders and easing restrictions in regions affected by COVID-19, as the vast majority of the country has seen no new community infections or deaths for weeks.

South Australia, which last week became the epicentre of the country's infections, reported no new community cases and lifted a drastic lockdown earlier than planned, with the state premier saying swift action had avoided disaster.

The number of active cases in the state stood at 37 after an outbreak linked to a returned traveller from Britain forced 4,500 people to quarantine.

"We have avoided a catastrophic situation in our state by following the unequivocal health advice," Premier Steven Marshall told a news briefing.

Neighbouring Victoria, which for months fought the pandemic and where 90% of Australia's 907 coronavirus-related deaths have been recorded, relaxed its mask rules on Sunday, saying they are not required outside, and allowed larger public gatherings.

The state, home to about 6.4 million people, has had no new infections for 23 days, a victory that came after a 111-day lockdown that kept people at home and most businesses shut.

New South Wales, the most populous state with a quarter of Australia's 24 million people, reported no new community cases on Sunday for a 15th straight day. The state will open its border with Victoria on Monday.

With just over 27,800 cases, Australia has done better than most other developed nations in combating COVID-19, thanks to its aggressive response. On Sunday, there were an estimated 88 cases active throughout the country.