NEW YORK New York prosecutors told jurors that Harvey Weinstein abused his power and pushed back against claims by the former Hollywood producer's defense team that his accusers were not credible.

"The defendant not only ran roughshod over the dignity and the very lives of these witnesses, but he also underestimated them," she said.

The trial is a milestone for the #MeToo movement, in which women have accused powerful men in business, entertainment, media and politics of sexual misconduct.

Weinstein has pleaded not guilty to sexually assaulting former production assistant Mimi Haleyi in 2006 and raping Jessica Mann, a onetime aspiring actress, in 2013.

Justice James Burke is expected to give the jury legal instructions on Tuesday morning, after which they will begin deliberating.

Since 2017, more than 80 women have accused Weinstein of sexual misconduct.

The former producer, who was behind films including "The English Patient" and "Shakespeare in Love," has denied any nonconsensual sex.

On Thursday, Donna Rotunno, one of Weinstein's lawyers, assailed Weinstein's accusers as unreliable and said an "overzealous" prosecution was trying to portray consensual sex as assault, and that women must be "responsible" for their choices.

Illuzzi said on Friday that all the women were credible and had no reason to lie.

She also pushed back against Rotunno's argument about women's responsibility.

"If you're the victim of fraud, nobody is going to say, well, you gave the accountant access to your money," she said.

Haleyi testified during the trial that Weinstein forced oral sex on her in his home in 2006. Mann testified that Weinstein raped her in a Manhattan hotel room early in what she called an "extremely degrading" relationship with him.

Illuzzi rejected the defense's claim that Mann had a loving relationship with Weinstein, but also said it would not matter if she had been "head over heels in love with him."

Jurors heard from four other women, including actress Annabella Sciorra, who testified that Weinstein came into her apartment one winter night in 1993 or 1994 and raped her. The accusation is too old to be charged as a separate crime, but it could act as an aggravating factor to support the most serious charge in the case, predatory sexual assault, which carries a possible life sentence.

Prosecutors called the remaining three women to bolster their evidence of Weinstein's intent, but did not charge him with any crimes related to them.

After court wrapped up for the day, Rotunno told reporters that the evidence showed the relationships the accusers had with Weinstein were consensual.

"I think he's confident. And this is a tough situation for anybody to be in," she said of Weinstein. 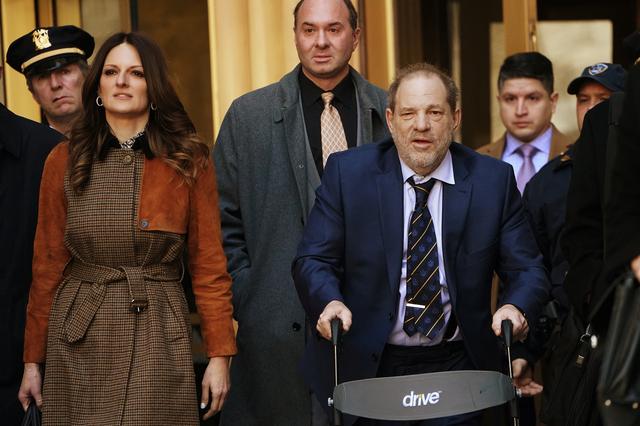 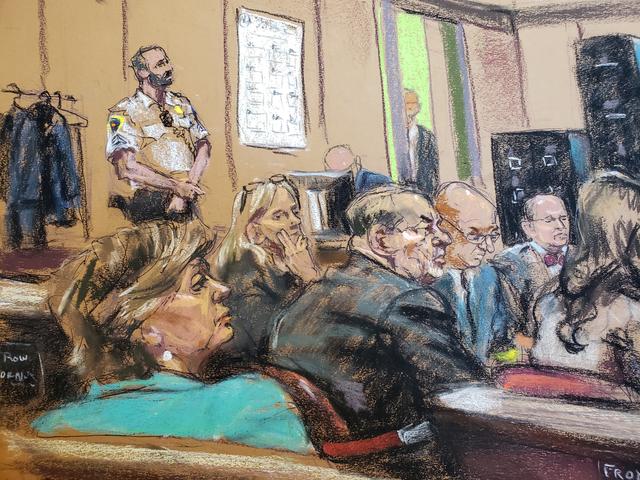 2/17
Attorney Gloria Allred sits in the front row of the gallery behind the defense during closing arguments at New York Criminal Court for Harvey Weinstein's sexual assault trial in the Manhattan borough of New York City, New York, U.S., February 14, 2020 in this courtroom sketch.
Reuters/Jane Rosenberg + 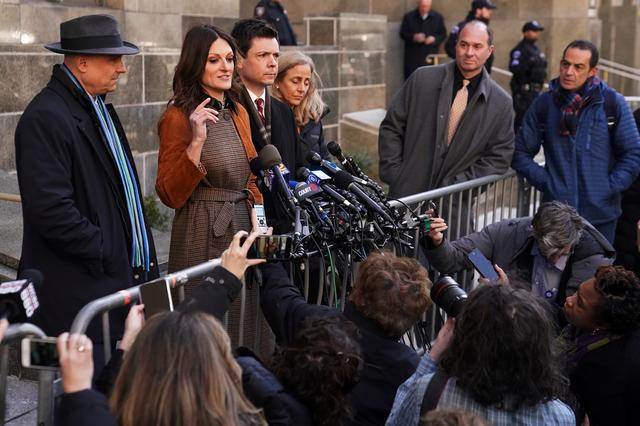 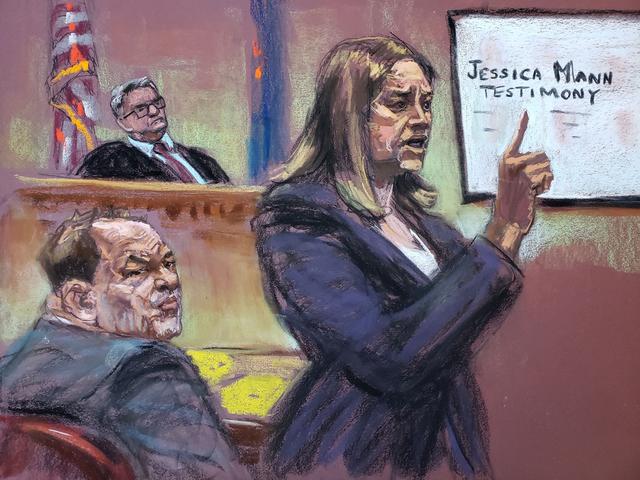 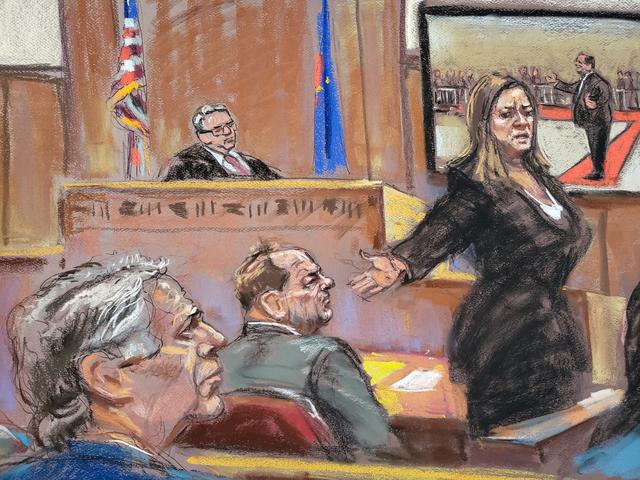 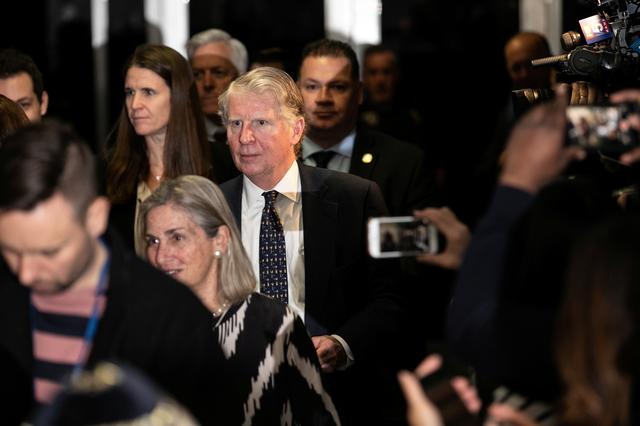 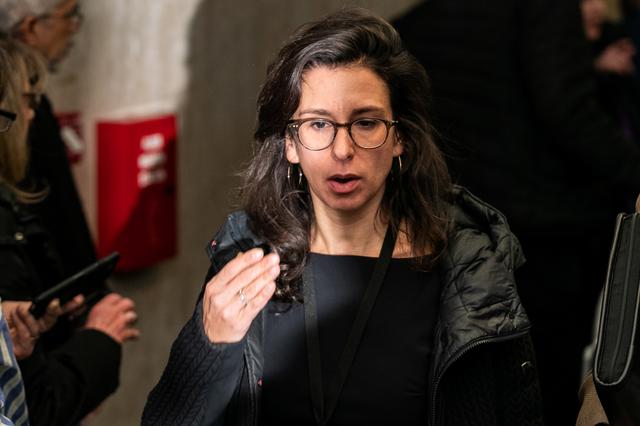 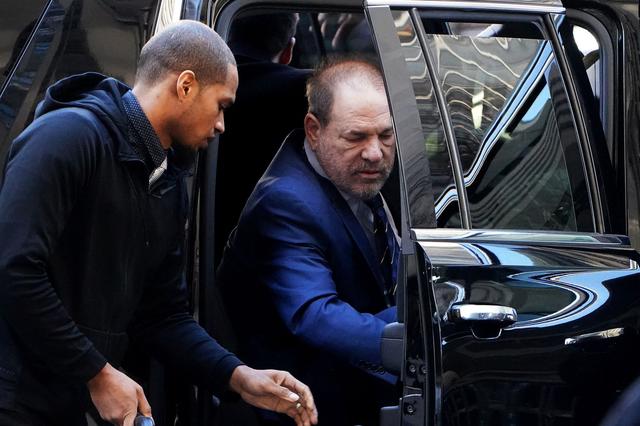 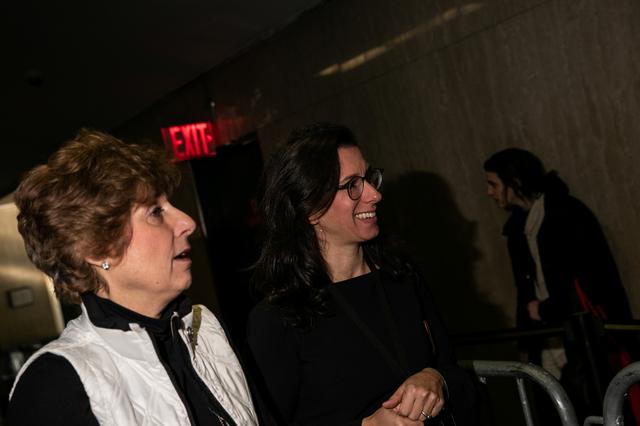 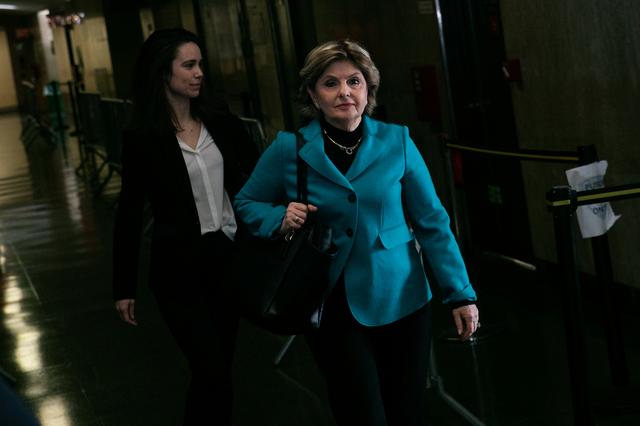 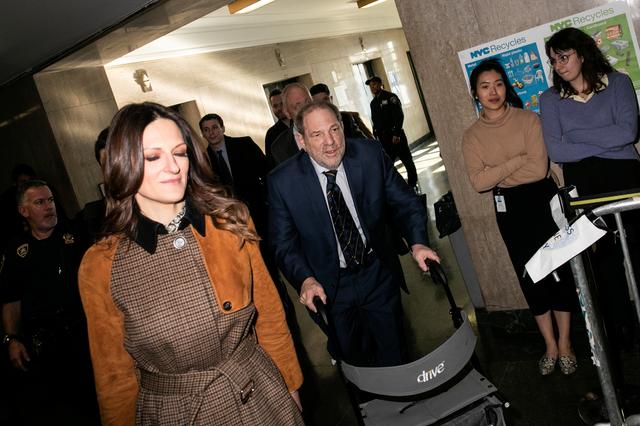 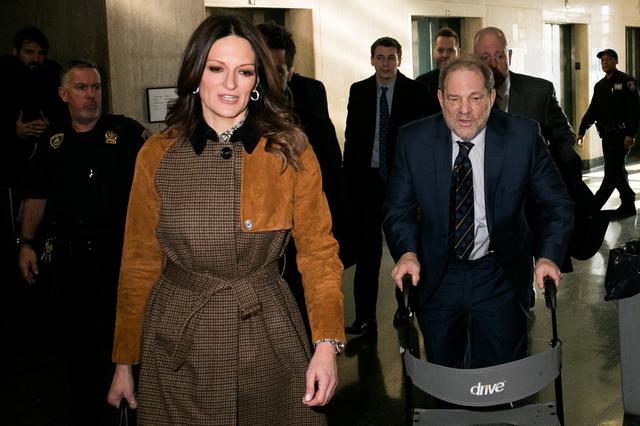 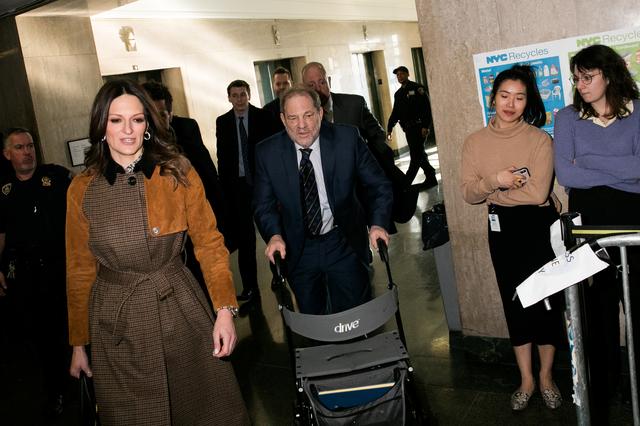 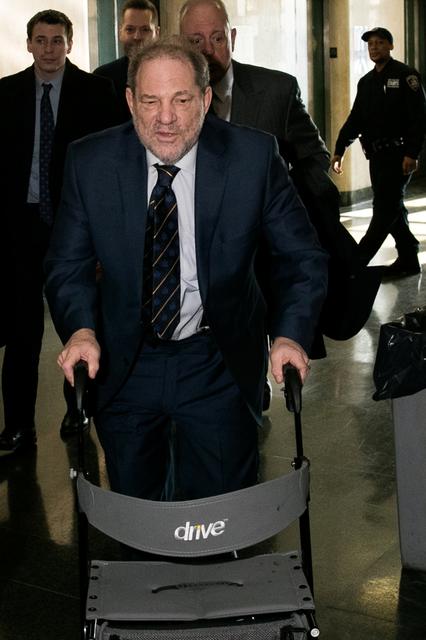 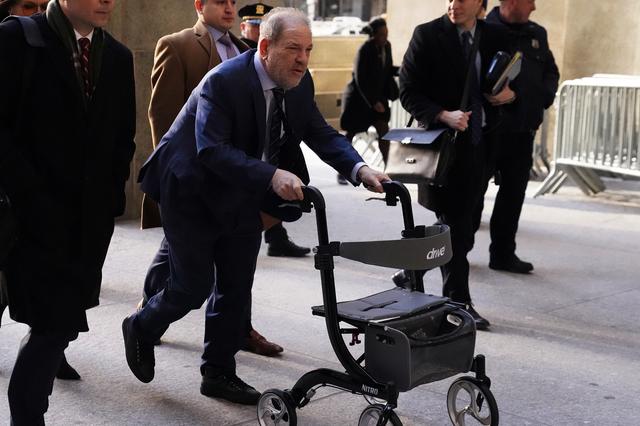 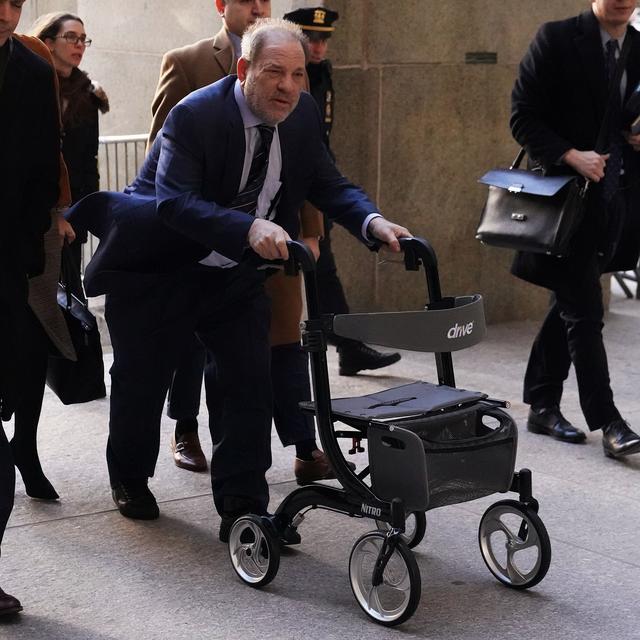 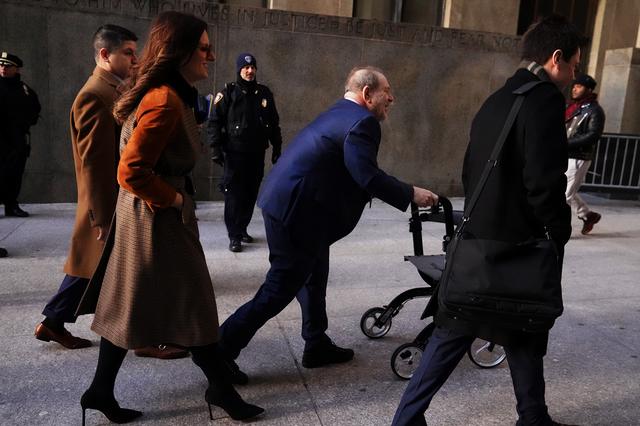