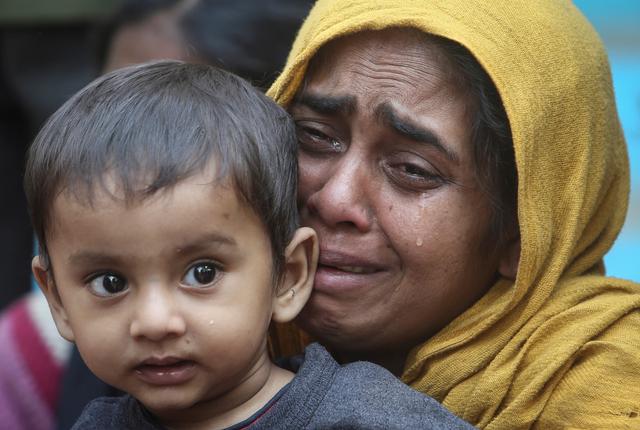 1/2
FILE PHOTO: A Rohingya Muslim woman cries as she holds her daughter after they were detained by Border Security Force (BSF) soldiers while crossing the India-Bangladesh border from Bangladesh, at Raimura village on the outskirts of Agartala, January 22, 2019.
Reuters/Jayanta Dey/ + 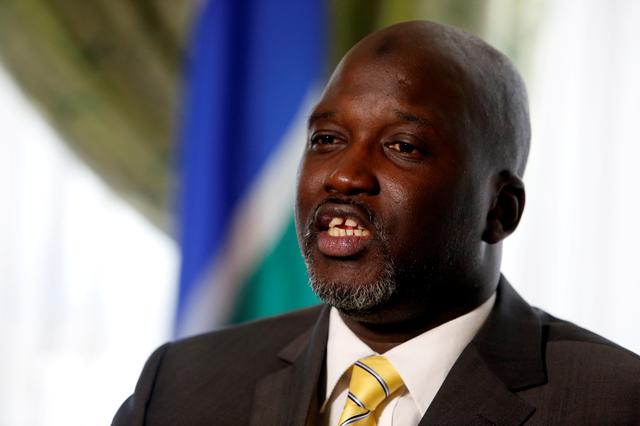 THE HAGUE Gambia said on Monday it had filed a case at the International Court of Justice (ICJ) accusing Myanmar of committing genocide against its Rohingya Muslim minority, drawing praise from human rights groups and Rohingya activists.

More than 730,000 Rohingya Muslims have fled to neighbouring Bangladesh since a 2017 crackdown by Myanmar's military, which U.N. investigators say was carried out with "genocidal intent". Buddhist majority Myanmar denies accusations of genocide.

Gambia, a tiny, mainly Muslim West African nation, lodged its lawsuit after winning the support of the Organisation for Islamic Cooperation (OIC), which has 57 member states. Only a state can file a case against another state at the ICJ.

"The aim is to get Myanmar to account for its action against its own people: the Rohingya", Justice Minister Abubacarr Tambadou told a news conference in The Hague, where the U.N. court is based.

"It is a shame for our generation that we do nothing while genocide is unfolding right under our own eyes."

Both Gambia and Myanmar are signatories to the 1948 Genocide Convention, which not only prohibits states from committing genocide but also compels all signatory states to prevent and punish the crime of genocide.

While the ICJ has no means to enforce any of its rulings, going against the decisions of the court could further harm Myanmar's international reputation.

"This is monumental for the Rohingya community who have endured so much," Rohingya activist Yasmin Ullah told a news conference in The Hague after the case was announced.

"A court's characterisation of our experience as genocide is long overdue," she added, calling on other nations to join Gambia in the ICJ lawsuit.

"Gambia has found a way to turn the international community's handwringing over the Rohingya into action," said Param-Preet Singh, associate director of HRW's international justice programme.

A Myanmar government spokesman did not immediately respond to Reuters' requests for comment.

"WE CAN'T JUST STAND BY"

Explaining why Gambia had taken the initiative, Tambadou said visiting Rohingya refugees at Cox's Bazar in Bangladesh had reminded him of his work as a prosecutor for the tribunal set up to try those responsible for the 1994 genocide in Rwanda.

"I thought this was not right and the world cannot just stand by and watch this happen again," he said, adding the OIC had asked Gambia to look into how to bring Myanmar to justice over the matter.

In its 46-page filing to the ICJ, Gambia says Myanmar’s actions were "genocidal in character" and included killing, causing serious bodily and mental harm and imposing measures to prevent births.

The law firm helping Gambia, Foley Hoag, said it expected the first hearings on the provisional measures to take place next month.